Congratulations to "Laney4" the winner in Beth's giveaway. Thank you to all who participated!

I think our lives are little bit like our brains… You know the little fact about how we only use 10% of that gray matter? In my life, sometimes it seems like I’m only using 10% of my time. I make a goal, intending to keep it, then find myself distracted by so many alternate activities!

Have you caught yourself on Facebook recently? Or Twitter? Or Pinterest? Or Tumblr? What about Instagram? See what I mean? It’s a sticky web out there. You don’t have to be a writer to understand it. You can totally be a reader, too…or a parent, or an employee. :D Sometimes that television show is too tempting! Or that trip to the coffee shop with friends is long over-due.

As a reader, I’ve been lucky enough to have found a great series, and in the past week, I’ve read more than I’ve written. Maybe that’s okay, but the truth is, if I’d been writing inside all those minutes that seem too short to bother with, I might have done both.

So this year, I made a pact with myself…. MAKE EVERY MINUTE COUNT.

Even if my goal was to read more, crochet, paint, go to school, or clean my house, I would still need to squeeze it in between all the other important stuff—6 kids, 1 husband, a million housewife chores, errands, bills…the list goes on. If I don’t make every minute count, I lose.

Kevin and Valerie
Growing up the proverbial military brat, Valerie Standish has shed her old ways. Yet, she’s been around long enough to recognize that familiar arrogance when Kevin Morgan walks through the door. This time she is drawn to the persistent captain like she hasn’t been to any man before, making it harder to keep her promise—never get involved with an officer.

Kevin doesn’t have a problem with her unwillingness to commit long term. He isn’t quite ready to settle either. For years, he’s worked hard to earn a promotion to Major. He wants one last fling before tying himself to a wife for the rest of his life.

But time proves them both liars as they begin to fall for each other. Neither is prepared for the ache of betrayal as they come face to face with the truth about one another.

Will either of them be able to walk away unscathed or have the trenches of love already been dug? 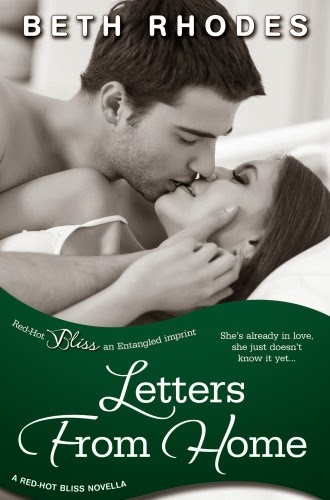 An Army doctor, Lena Rodriguez has always been too busy with school or the Army for romance. But the letters she received during deployment have captured her heart. Back home for the holidays, she awaits Christmas morning to meet the man who has turned her life upside down.

When Zack Benson watched his best friend's sister Lena leave for Afghanistan, he knew he had to tell her he loved her. So he sent her anonymous love letters. Now that she’s home, he realizes he's made a tactical error. Lena has fallen for the man in those letters but still thinks of him as a brother. He has to convince her otherwise because if he succeeds, he’ll get the best Christmas present ever. But if he fails, he could lose her for good. 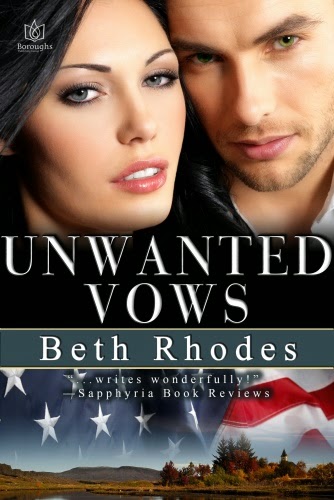 Morgan and Samantha
Samantha Hollister is done relying on other people to take care of—or abuse—her. Her ex-husband is out of the picture now…like her family home, the haven she intended to seek. Her father just sold it to her high-school sweetheart, the man who abandoned her many years ago for the army. The man who still makes her heart flutter. But Samantha has vowed to never be led astray again. She has a daughter.

Despite being injured in action, Morgan Lawrence lives life to the fullest. Each day is a gift, and after five years he is finally one step away from opening a resort for wounded veterans like himself. Unfortunately, a woman stands in his way. And while she has changed, Samantha remains everything he’s ever wanted. Now it’s a matter of helping her see which promises are meant to be broken, and that being strong doesn’t mean one has to fight alone.

~*~*~
Beth Rhodes is a wife, mother, friend, and lover. She lives with her Army husband and their six children at the base of the mountains in Colorado. She loves the cold, coffee, camping, and sunshine.

Her stories are full of life, family, and love. You can find her reading just about any genre of romance, but her favorites are fast-paced suspense, where life is on the line and love is the only saving grace. She wants a book that makes her heart pound and her pulse race.

Beth is a member of Romance Writers of America, Pikes Peak Romance Writers, Colorado Romance Writers. She is signed with Entangled Publishing and Boroughs Publishing Group, but loves to self-publish, too. For more news about up-coming releases, giveaways, and just plain stuff, SIGN UP for her newsletter
.

Find her online! Drop her a line because she loves to hear from readers. And don’t forget to enter to win the $20 Amazon Gift Card and one of her books.