Believe it or not, the Bluebonnet series has actually been around for a long time. I'm almost embarrassed to admit that I wrote the first draft of The Cowgirl Rides Away more than ten years ago (and getting it in shape for prime time so many years after the fact has given new meaning to the phrase Revision Hell…trust me on this). I epubbed the second book in the series (Once In a Blue Moon) in 2005, then wrote some more Bluebonnet stories. And then life got in the way and they got set aside while I published other books and then…I had teenagers (do I need to explain this one?) and took a long break from writing …whew! It's GOOD to be back. 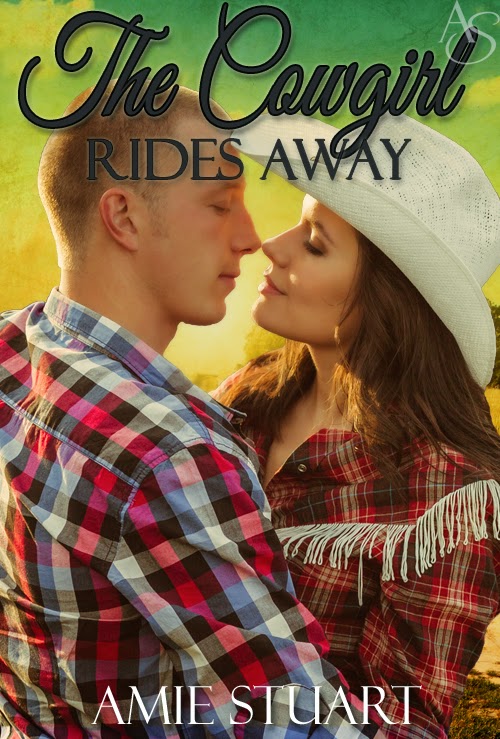 Seriously, you have no idea how good it is to get back to my roots and get back to writing small town contemporaries (and hearing voices in my head)! I'll actually be putting out FOUR Bluebonnet, Texas books (that's three novels and one novella) and at least 2 more Bluebonnet books next year.

But here's the problem…you know those voices I mentioned? Well, this isn't the only series I want to work on. It's not even the only small town series I want to work on. I know, I know, don't tell the Boudreauxes. They'll I'm thinking of cheating. I'd hate to hurt someone's feelings but these towns pop up out of nowhere and it's like everyone has a brother! And cousins....lawd the cousins!

I swear that I'm not one of those authors who writes a series just because readers like 'em. I write 'em, cause I like 'em, too! I like playing in that same world with my friends…er characters *cough*, I like catching up and visiting the new babies and, well, … you get the picture.

In the mean time, here's a peek at THE COWGIRL RIDES AWAY. On sale now—free for Kindle Unlimited subscribers:

"So…you finally decided to wake up?"

I looked up into eyes the same pale blue as mine, my brother’s eyes, and blinked, trying to push past the drug and pain induced fog. I inhaled through my nose then winced, groaning deep in my throat.

"Hurt," I croaked. My nose was broken.

"What the hell did you expect, Jessa?" Jace frowned at me, then moved out of my line of vision. I blinked again and slowly turned my head, watching him pour water into a small plastic cup. Suddenly I realized just how thirsty I was. Jace held the straw to my lips and I drank. A gasp of air set more pain radiating through my chest to all extremities.

Talk about a bad draw. I sighed and sifted through my thoughts a minute, trying to remember, filter and take stock. Trying to orient my new reality with memories and impressions, but the last thing I could remember was me in the chute on Duster’s Twister’s back, adrenaline coursing through my veins as I raised my free arm and gave the ready nod.

"How long ago? How long have I been out, Jace?" I rasped after taking another painful sip of water.

"You’ve been in and out, mostly out, for a couple of days."

THE COWGIRL RIDES AWAY

“The Cowgirl Rides Away is one woman’s journey  to find herself after every gauge, every tool—” Wait, that makes me sound like a mechanic. My name is JESSALYN STRATTON.  I’m the only female World Saddle Bronc Champion in PRA history.  Rodeo is an unforgiving sport, and living in a man’s world makes you tough-as-nails, makes you forget how to be a woman.  Then, if you’re lucky, someone special comes along and reminds you why you’re glad to be one.

And make no mistake, ZACK BOUDREAUX was special.  An old-fashioned man who believed in love and loyalty and wanted someone who felt the same, old-fashioned enough to wish for a virgin.  I qualified on all fronts.  And maybe the internet wasn’t a bad place for a woman who’d never had a real relationship to stick her toe in the water.

An artist who also came from a large ranching family, Zack also felt like the odd man out among his siblings, and his emails were the only bright spots in my life as I struggled through rehab.  He was a deep thinker and I found it easy to open up to him, sharing things I’d never told a living soul, not even my best friend.  Eventually, Zack issued an open invitation for me to visit, wanting to discover if we had something beyond our emails and eventually, I said yes.

About the author:
Amie Stuart is the last of a dying breed, a native Texan, and still makes her home there, where cowboys and music (her other two loves) abound. Growing up, she wanted to be a lawyer and a psychologist. No doubt the shrinks would have a field day with her head, but she's seen the error of her ways and considers all those other jobs 'research' for the writing gig.

She's a multiple contest finalist as well as a trained contest judge and is affectionately know as The Terminator by her critique partners. She's written as CELIA STUART for Black Lace Books, & Liquid Silver Books, and as AMIE STUART for Kensington Aphrodisia, she has a short story (PEACHES 'N CREAM) in Zane's CARMEL FLAVA 2, and launched Cobblestone Press's new short erotica line,Wicked.