The Color of Cowboy Hats

Congratulations to "Colleen C.", the winner in Leslie's giveaway. Thank you to all who participated!

I have to be honest—this post probably has almost nothing to do with the color of cowboy hats, or how ditching stereotypes has allowed men who prefer black hats not to worry about being pre-judged. The title came about solely because I was running cowboy lore through the memory sifter, trying to figure out how long I’ve been addicted to those men in boots and hats.

The answer is always. We lived in California when I was three or four—and for much of her life, my mom’s great brush with celebrity was being invited aboard Roy Rogers’ yacht. She and my father owned an extremely modest cabin cruiser that docked somewhere in the vicinity, and so she somehow wound up being invited aboard. There used to be movie film of my sister and me in life jackets, paddling around by the gigantic hulk. There was a monkey running wild aboard, which we chased around, but no film of that.

The thing is, while I suspect Mom had a crush on Roy in spite of Dale Evans—I fell in love with Trigger, and thus, with the cowboy on his back. In my experience, love of cowboys grew out of a love for their horses. At least, I think that’s how it went.

Roy had Trigger, and until I outgrew my flashy phase—I never wanted anything more than I wanted a beautiful golden horse. And a hero like Roy to sweep me away.

But I got older, started noticing how pasty Roy’s face looked, and saw some palominos that bore little resemblance to Trigger. And so, as girls will, I moved on toward womanhood—and towards choosing the cowboy not solely on the basis of the horse he rode.

Somewhere along the way, Little Joe’s pinto became less important than Little Joe, and by the time Laredo and Big Valley caught my eye—those men in the boots could have walked across deserts instead of galloping, and I’d have been there anyway.

Judging from today’s covers, including the dynamite portadas of Cowboy Up 1 and 2, the cowboy legend lives today because of tight jeans and chests.

For me, it’s the eyes. It’s the spirit of independence and self-reliance, with the ability to choose a good woman and keep her forever. Okay, I look at chests and rears now, which I once didn’t do. But I want everything else, too, first. Because to be perfectly honest—all the real cowboys I know wear clothes when they’re working cattle out of cedar stands or ushering guests through the great outdoors on a dude ranch.

Pretty few bronc riders and steer ropers compete only in hats, tight jeans, and boots.
But the idealized, bare torso view of a cowboy—coming or going—fans a few flames. In a world of folks who cop out and can’t function without gourmet coffee handed to them in a sterile environment, keeping the cowboy legend alive matters.

So let fictional men of the west wear next to nothing, while we readers sit back and enjoy the eye candy—but while we also treasure the character and the content of men who are unmistakably cowboys, who love women who can go toe to toe with them—and who appeal, in the words of the Tim McGraw song, “to the cowboy in us all.”

The hat was never really the thing anyway. Maybe even the horse wasn’t. 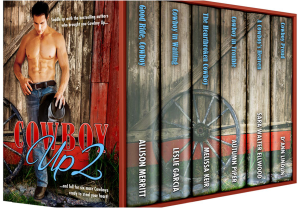 Giveaway:
Leslie will be giving away a copy of COWBOY UP and COWBOY UP 2 to one lucky person leaving a comment or email entry!

Author’s Note:
So…what’s a cowboy to you? We’d love to hear!  Cowboy in Waiting is my contribution to Cowboy Up 2. Here’s an excerpt:

Excerpt
Gwen was sleeping peacefully and Diana had downed half a glass of wine before she decided to dial the number. Caution told her to text, but she ignored caution and listened to the phone ring. She was ready to hang up when Ray finally answered, sounding a little out of breath.

“Bennett,” the voice said, as if more accustomed to receiving calls from adult males than adoring females. The idea made her feel a little better.

He didn’t say anything about her not knowing her own name. The man couldn’t be hopeless.

“What can I do for you?” he asked, his breathing already normal again.

“Gwen asked me to call you.” Coward. True doesn’t make it right. I could have texted.
“That’s right! I owe her a picture!” Ray fell silent for a moment, then added, “You know, I could text you one right now, but—”

He chuckled, his voice low and throaty over the phone. “Maybe you’ll like it a lot,” he told her. “Let me make it special for Gwen. I know you stay busy as hell out there, but could you grab a couple of hours? Meet me for lunch? I have an unexpected day off.”

“I heard,” she admitted dryly. “Something about disobeying orders…”

“Your brother would have if I hadn’t. Snot-nosed kid coming in as an officer when he’d probably fall off a rocking horse.”

Diana didn’t argue. Gil’s frustrations recently had grown as younger officers entered the Border Patrol in positions of seniority, sometimes without common sense, at least in his eyes. But it seemed ironic that the partner Gil thought so little of was going off on ‘young’ agents, when he’d earned the title ’Baby’ Bennett.

“Couldn’t you just text the picture?” she asked. Why tempt fate by meeting him somewhere she shouldn’t? 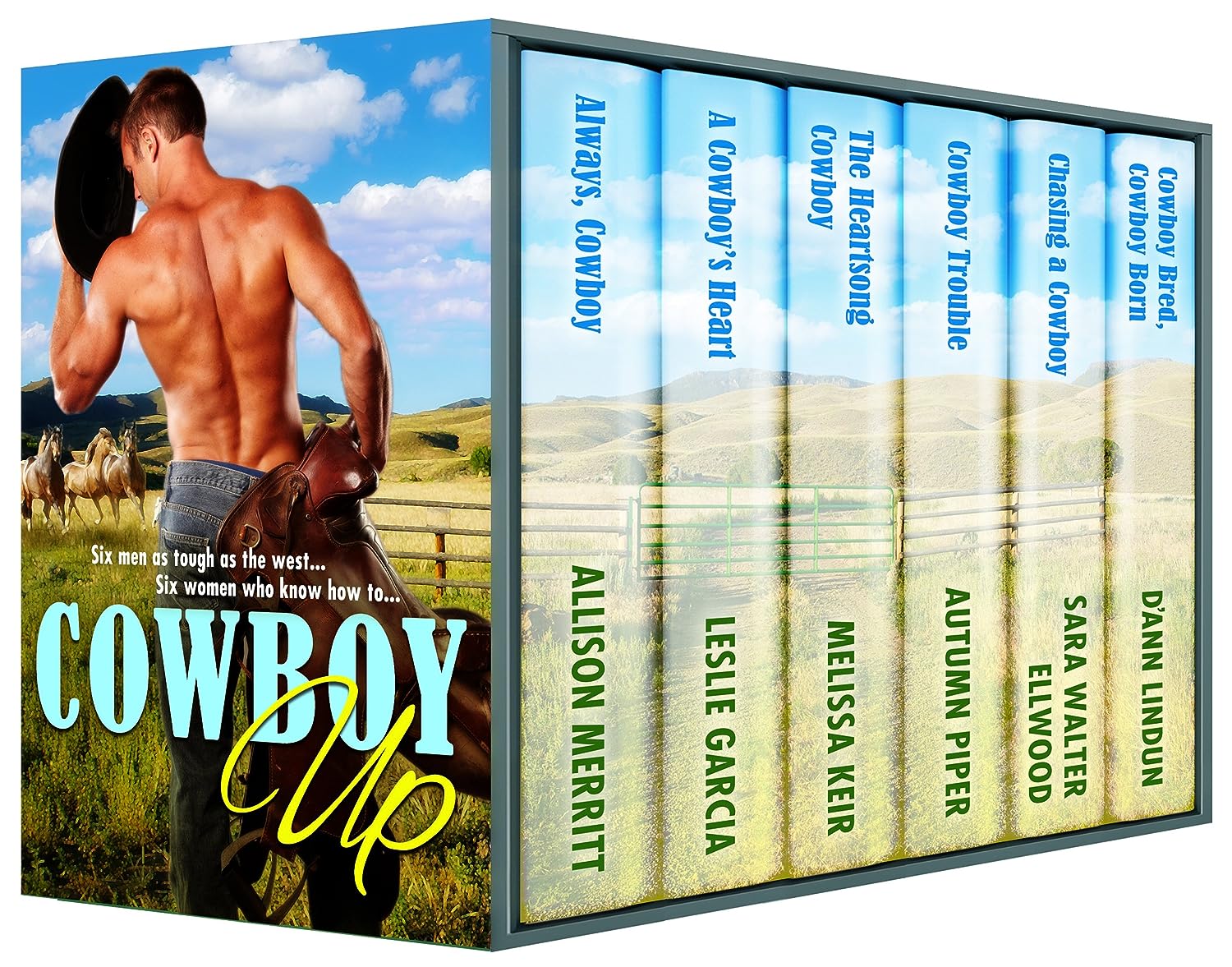 “Choose a fast food place and meet me at one o’clock? I’d like to surprise Gwen with a real picture of Angel.”

“All right,” she said finally. “One o’clock. I’ll text you from somewhere. For Gwen.”

“For Gwen,” he agreed, but she could see him smile that predatory, dimpled smile just by closing her eyes.

Cowboy Up 2 and Cowboy Up are both available at https://www.facebook.com/cowboyupboxedset. Just follow the links to your retailer of choice.

Giveaway ends 11:59pm EST March 8th. Please supply your email in the post. You may use spaces or full text for security. (ex. jsmith at gmail dot com) If you do not wish to supply your email, or have trouble posting, please email maureen@JustContemporaryRomance.com with a subject title of JCR GIVEAWAY to be entered in the current giveaway.
Posted by Maureen A. Miller at 12:30 AM