Calling something a “western” tends to conjure up images of the old west, but plenty of western stories are contemporary as well, including my new release ALWAYS LOVE YOU. I enjoy writing both and want to shed some light on the appeal of each one, and also the challenges of writing one versus the other.

THE APPEAL AND BENEFITS OF…

The unfamiliar is automatically a little intriguing, and as readers, we tend to romanticize times and cultures we can’t fully access. Nobody living now has first-hand experience of life in the old west, so we are naturally curious about what it may have been like to live and love on the frontier.

The old west is a bona fide cultural phenomenon. Hundreds of films, TV shows, and books paved the way for authors like me to continue to contribute to the genre. The prevalence of old west themed media does quite a lot to boost our natural curiosity about the nation’s past. I write knowing many readers have a special place in their hearts for books like mine.

We admire the rugged, independent values embraced by pioneers and cowboys, and are impressed (and wooed) by men and women who survived and thrived in difficult times

Where historical westerns are intriguing, modern western stories are relatable. Even if you’ve never been near a horse or ridden a motorcycle down Route 66, you can still put yourself in the shoes of a modern man or woman very different from yourself with relative ease.

Where one reader is thrilled by learning about life in the past, some readers might be distracted by trying to imagine the setting of a historical western. This is just a matter of personal preference, but reaching a wider and more diverse audience is never a bad thing.

As a writer of contemporary romances, I am able to focus less time on establishing the time period. I wouldn’t write historical westerns if I didn’t love to do it, but the change of pace is nice.

In some ways, contemporary westerns carry less baggage than historical westerns. This allows me a little more freedom and creativity in how I interpret the idea of what constitutes a western story.

THE SPECIFIC CHALLENGES OF…

Research! Research is a major, key, time-consuming element when writing historical novels. I’m thankful that I’ve accumulated quite a bit of knowledge, and that many of my books are set in the same location and time period. Until you write an historical novel, you may not think of all the subject writers need to research. How was the landscape different then? What didn’t they have? How did they get X, Y, or Z done if they didn’t have A, B, or C? What would someone do for a living, or for fun? What was that part of the country called before it was named Arizona?

Making characters relatable when their lives are so different is challenging, but I’m not complaining. I like to include a lot of my characters’ inner lives and cover universal themes as relevant 200 years ago as they are now. The themes are permanent fixtures of the human condition, but the specific details vary over time.

I know I need to write books that stand out among the hundreds of western novels already in existence. I need to establish my own je ne sais quoi. It can be challenging to take an existing framework of what readers expect of an historical western romance and still add what I want to make it my own.

There are many authors writing modern western romance novels, but I would still say that there’s less of a collective consciousness surrounding contemporary western stories. The whole “fewer expectations” thing is both a blessing and a pleasant challenge.

A western tale isn’t western just because it takes place in the west. The story still needs certain elements that mark it as being part of the western genre. I’d say two of the strongest elements that give a modern story a specific western flavor are a rugged, outdoor setting, and a protagonist defined by some combination of independence, integrity, and determination—the qualities we tend to associate with traditional cowboys.

And this is the bridge between historical and contemporary romances set in the west. The character of the heroes and heroines don’t change. It’s their strong set of ethics that helps to define them and keep readers wanting more. 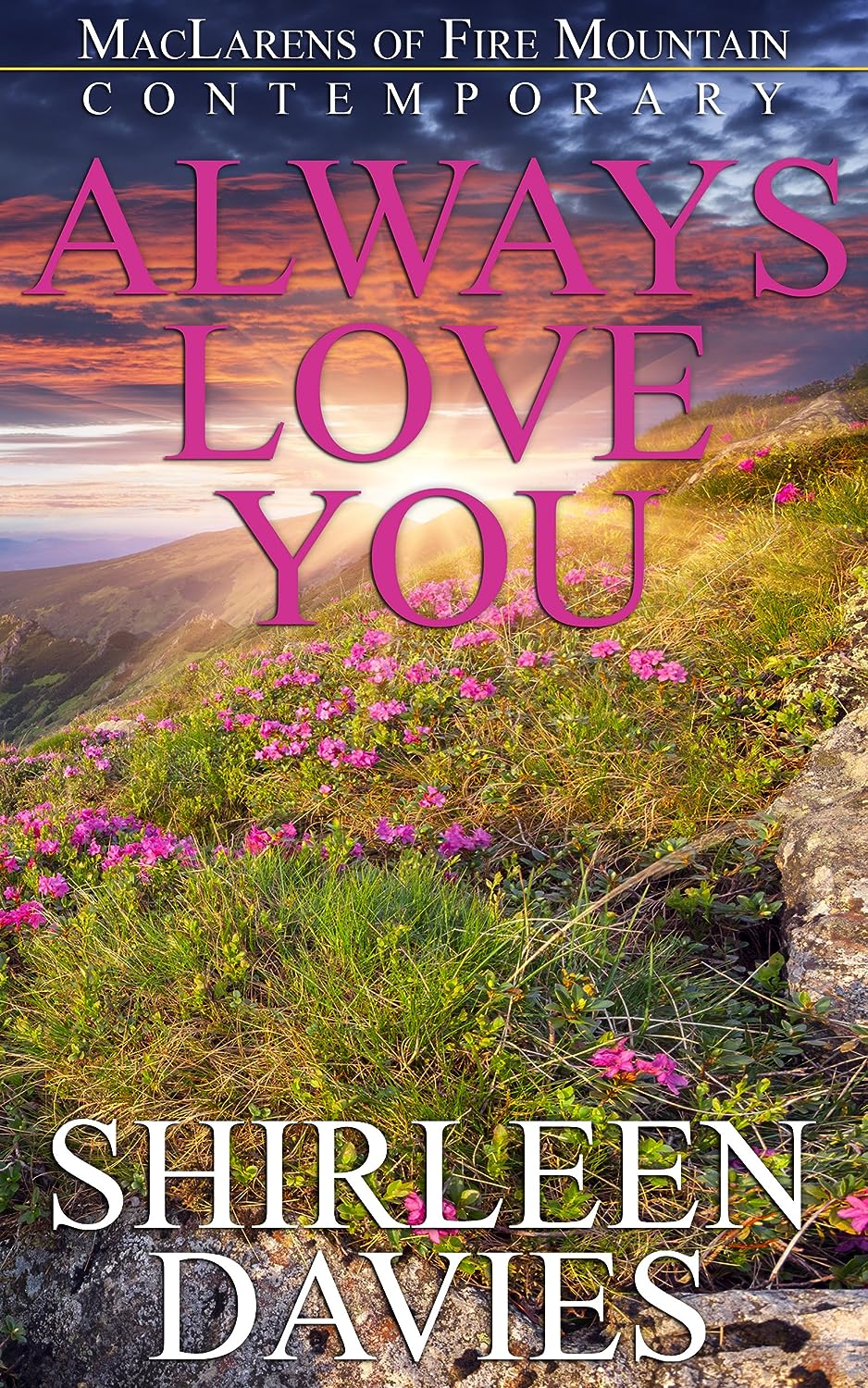 Eric Sinclair loves his bachelor status. His work at MacLaren Enterprises leaves him with plenty of time to ride his horse as well as his Harley…and date beautiful women without a thought to commitment.

Amber Anderson is the new person at MacLaren Enterprises. Her passion for marketing landed her what she believes to be the perfect job—until she steps into her first meeting to find the man she left, but still loves, sitting at the management table—his disdain for her clear.

Eric won’t allow the past to taint his professional behavior, nor will he repeat his mistakes with Amber, even though love for her pulses through him as strong as ever.
As they strive to mold a working relationship, unexpected danger confronts those close to them, pitting the MacLarens and Sinclairs against an evil who stalks one member but threatens them all.

Eric can’t get the memories of their passionate past out of his mind, while Amber wrestles with feelings she thought long buried. Will they be able to put the past behind them to reclaim the love lost years before?

The trip to her apartment had been excruciating. Not so much because of where she sat, within arm’s reach of him. It had more to do with his acceptance he still loved Amber, wanted her back in his life and his bed—always. No other woman had been able to find a way into his heart the way she had, and there’d been many who’d tried.

He’d spent the drive trying to come up with the right words, something to make her understand he’d never stopped loving her. The fear she’d turn from him again began to fade as the need to find out if they could ever have a future took over. He’d seen the way she watched him when she thought he wasn’t looking. The regret he’d seen almost choked him.

It had taken all his willpower to unlock her door and step aside instead of taking her in his arms. Now he found his control falter as she stared up at him.

His chest squeezed as his breath caught. He reached for her hand, turning it over to press his mouth to her palm, never taking his gaze from hers. Her lips parted, her breathing quickened. The air around them pulsed as if they’d been enveloped in a magnetic force neither could escape.

“Amber…” He whispered her name a moment before lowering his head until his mouth came down on hers. The first touch seemed almost tentative before he wrapped his arms around her and tightened his hold. The kiss deepened, his mouth devouring hers, hot and moist.

He could feel her hands move up his arms to wrap around his neck, pulling him tight, melding her body to his. He groaned as her tongue traced his lips, sending a hot ache through him. Gathering her closer, he explored the recesses of her mouth until he pulled away on a ragged breath, letting his lips trace a path down her neck to the soft spot at the base. He sucked lightly before moving back up to reclaim her mouth.

Amber’s caution shattered at the first touch of his lips to hers. It had been so long and she wanted him so much. The feel of his mouth devouring hers sent waves of heat pulsing through her. She remembered how they used to be together and began to feel the same sense of urgency. Her hands moved under his jacket, splaying across his back.

Bio
Shirleen Davies writes romance—historical, contemporary, and romantic suspense. She grew up in Southern California, attended Oregon State University, and has degrees from San Diego State University and the University of Maryland. During the day she provides consulting services to small and mid-sized businesses. But her real passion is writing emotionally charged stories of flawed people who find redemption through love and acceptance.  She now lives with her husband in a beautiful town in northern Arizona.