Congratulations to "Jennifer D.", the winner in Arlene's giveaway. Thank you to all who participated!


Fed up with your image? Your job? Do you feel your life isn’t taking an interesting direction? That you’re in a rut? That there’s no sparkle on the horizon? Ho hum. I know all about it. We’ve all been there, done that.

And that’s exactly how country singer Sherry Valentine feels too. She’s been on the star circuit for just too long — and, believe me, even when you have adoring fans and the paparazzi won’t leave you alone for a minute, you can still long for change. Sherry’s solution? A new career in acting. What she didn’t expect, was walking into a radio station and coming face-to-face with famous New York playwright Carston Hewlett. And falling hook, line and sinker for the guy. Yes, you know how it goes. Your knees start to melt, coherent thought skitters out of the picture…

Here’s the good part: Carston takes one look at Sherry, and he’s in exactly the same state. He loves her humor, her smart answers, her natural charm, her sexy way of moving, talking — not that he’ll come out and admit it: he’s a bachelor, a loner. He hates crowds, noise, the paparazzi and screaming fans. But what he hates most of all, are people who want to know him because he’s famous, because he just might help them get a toehold in the acting profession.

And then, just when things are about to get gentle, very tender and pretty steamy too, Carston learns that Sherry is planning to go to Hollywood and become an actress!

She had enough on her agenda. No room for a temporary fling. A fling at a conference like this? That had become so commonplace, it was positively banal. And, at  this  stage  of  her  life,  it  would  also  be undignified.
Yet she couldn’t avoid looking in Carston’s direction again and noticed he didn’t seem to be enjoying himself. Oh, he nodded politely, but his eyes had that vague glazed look that comes just before sinking to the floor with boredom. But didn’t he look delicious in that brown silk shirt and elegant tweed jacket; look how those jeans hugged his long legs. He was just the way she’d always imagined a successful playwright should be: cool, intelligent, strong, and sexy.

As if aware she’d been watching him, Carston turned slightly, caught her eye. She tried forcing herself to look away. And failed. For an eternity, their gaze held over the space separating them. Then detaching himself from the surrounding group, he headed in her direction.

She commanded herself to pretend indifference, but her pulse accelerated, and her heart thumped a sensual jungle beat. Was this supposed to be pleasure? Something closer to pure panic. She swallowed, tried to summon up some zen-like calm…then realized she didn’t have any available. She needed help. Fast.

The only thing left to do was run. Except she was incapable of movement. Fool. The reprimand didn’t get escape muscles into moving order.

Why come over here anyway? What would they talk about? They had nothing, absolutely nothing, in common. She had to stop staring at him like this.

Here he was now, tiny inches away, his jaw a hard definite line, his body that tight, sinewy stretch she’d thought about too many times during the night. But it was the expression in his eyes, warm eyes, humorous eyes, that confirmed her instinct: the immediate, deep reaction was mutual. Try as hard as they could to avoid it, something would happen. It was inevitable.

And for once, she, Sherry Valentine, a woman with a smart answer, a flippant remark for everything, everyone, and every occasion, was tongue-tied. 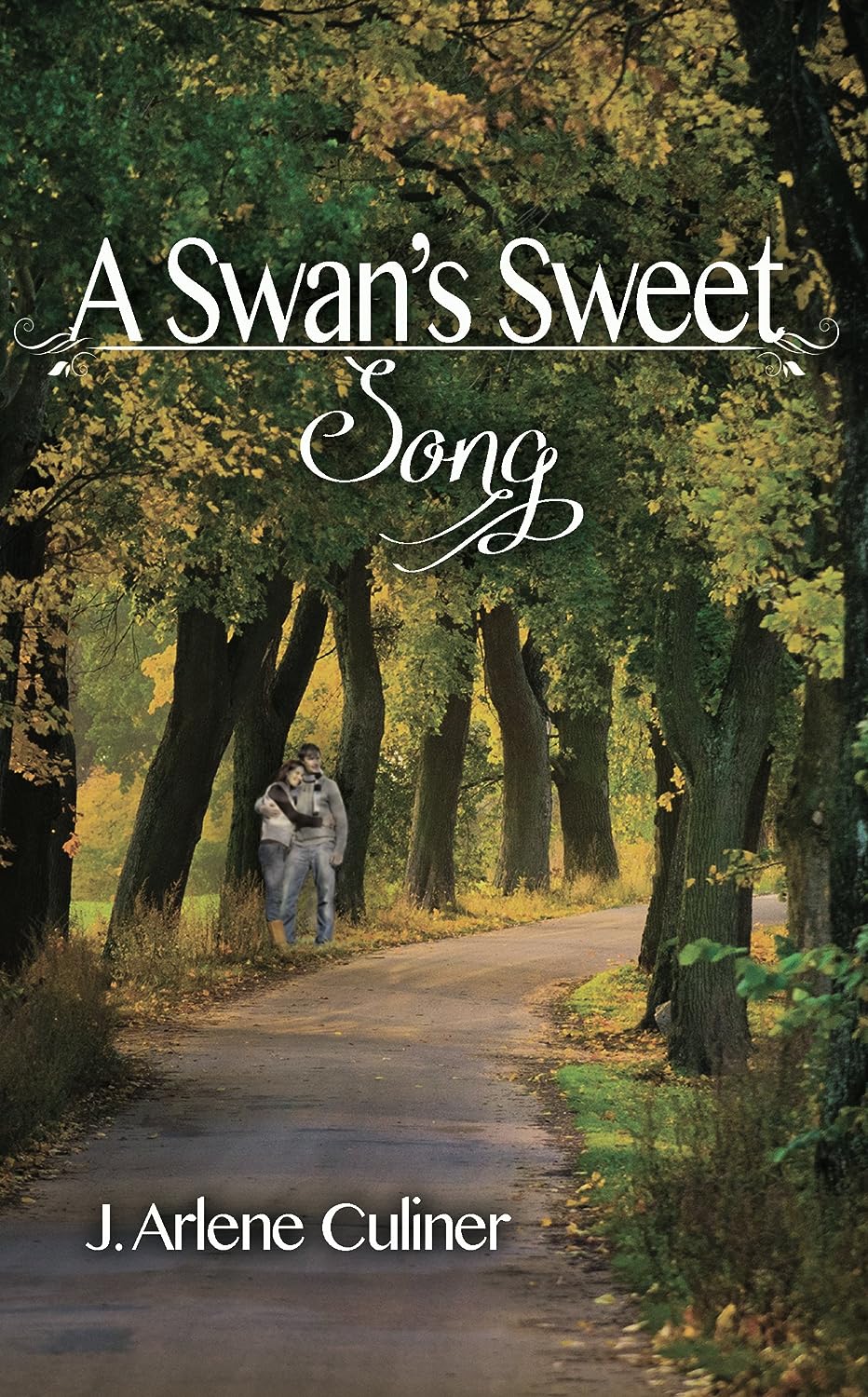 A Contemporary Romance from The Wild Rose Press
The instant Sherry Valentine and Carston Hewlett meet, there’s desire and fascination in the air…but they’re complete opposites.

Smart-talking Sherry fought her way up from poverty to stardom as a country music singer. Now, she’s ever in the limelight, ever surrounded by clamoring fans, male admirers and paparazzi, and her spangled cowboy boots carry her all across the country, from one brightly lit stage to the next.

A renowned but reclusive playwright, Carston cherishes his freedom, the silence of his home in the woods and his solitary country walks. Any long-term commitment is obviously out of the question: how about a quick and passionate fling?

But when their names are linked in the scandal press, Sherry’s plans to become an actress are revealed. Is their budding relationship doomed?

Giveaway:
Arlene will be giving away a digital copy of A SWAN'S SWEET SONG to one person leaving a comment or email entry.

Author Bio:
Born in New York, raised in Toronto, J. Arlene Culiner has spent most of her life in England, Germany, Turkey, Greece, Hungary and the Sahara. She now resides in a 400-year-old former inn in a French village of no real interest. Much to everyone's dismay, she protects all living creatures -- especially spiders and snakes -- and her wild (or wildlife) garden is a classified butterfly and bird reserve.

In her perfectly realistic contemporary romances, heroines are funny, and heroes are dashingly lovable. All are proudly over the age of forty.

Giveaway ends 11:59pm EST March 12th. Please supply your email in the post. You may use spaces or full text for security. (ex. jsmith at gmail dot com) If you do not wish to supply your email, or have trouble posting, please email maureen@JustContemporaryRomance.com with a subject title of JCR GIVEAWAY to be entered in the current giveaway.