Interview with THE TRUTH ABOUT LILLY author, Christy Mckee

What inspired you to start writing novels for your chosen genre?

Many readers, and writers for that matter, like to escape to a far off place, an alternate reality or a different time when they pick up a book. For me, I like writing and living in the present because the story could actually be happening now. Finding the perfect backdrop for my stories is simpler because the locations really exist, or could exist. As a writer, I relate more clearly to the woman who is in the next office, suffering through a bad breakup, than I do to a medieval maiden who is forced to marry a forbidding stranger. Because contemporary stories live today, I think they offer hope that falling in love, finding Mr. Right, is a real possibility if you will only open your heart and mind to it.

Are you working on anything new right now that you can share with us?

Yes. I am working on book #2 in my Shores of Lake Champlain Series about a narrow minded, thriller writer whose reclusive life is in upheaval when he loses a bet and is forced to hire an injured super chef who cooks like a dream but wreaks havoc on his quiet, ordered existence.

Who are some of your all-time favorite authors?

If your novel was made into a movie, who would you cast as the hero?

My hero is a former Wall Street stock broker who becomes an eco-friendly homebuilder. After considering several leading men-- Matt Damon, Ben Affleck and Bradley Cooper--Gerard Butler wins the role as Connor “Mac” MacQueen. He looks fabulous in a custom tailored suit and ruggedly handsome in worn jeans, t-shirts and work boots. I’m hopping on a plane tomorrow bound for Scotland so I can deliver the contract to Gerard in person!

What is my dream vacation?

My dream is to take an around the world cruise with my family. The trip lasts 115 days. Of course we would all have suites so we wouldn’t get cabin fever on such a long cruise. Brochure prices start at $58,900 per stateroom. Trip is contingent upon one of our family members winning big in the Ohio lottery! 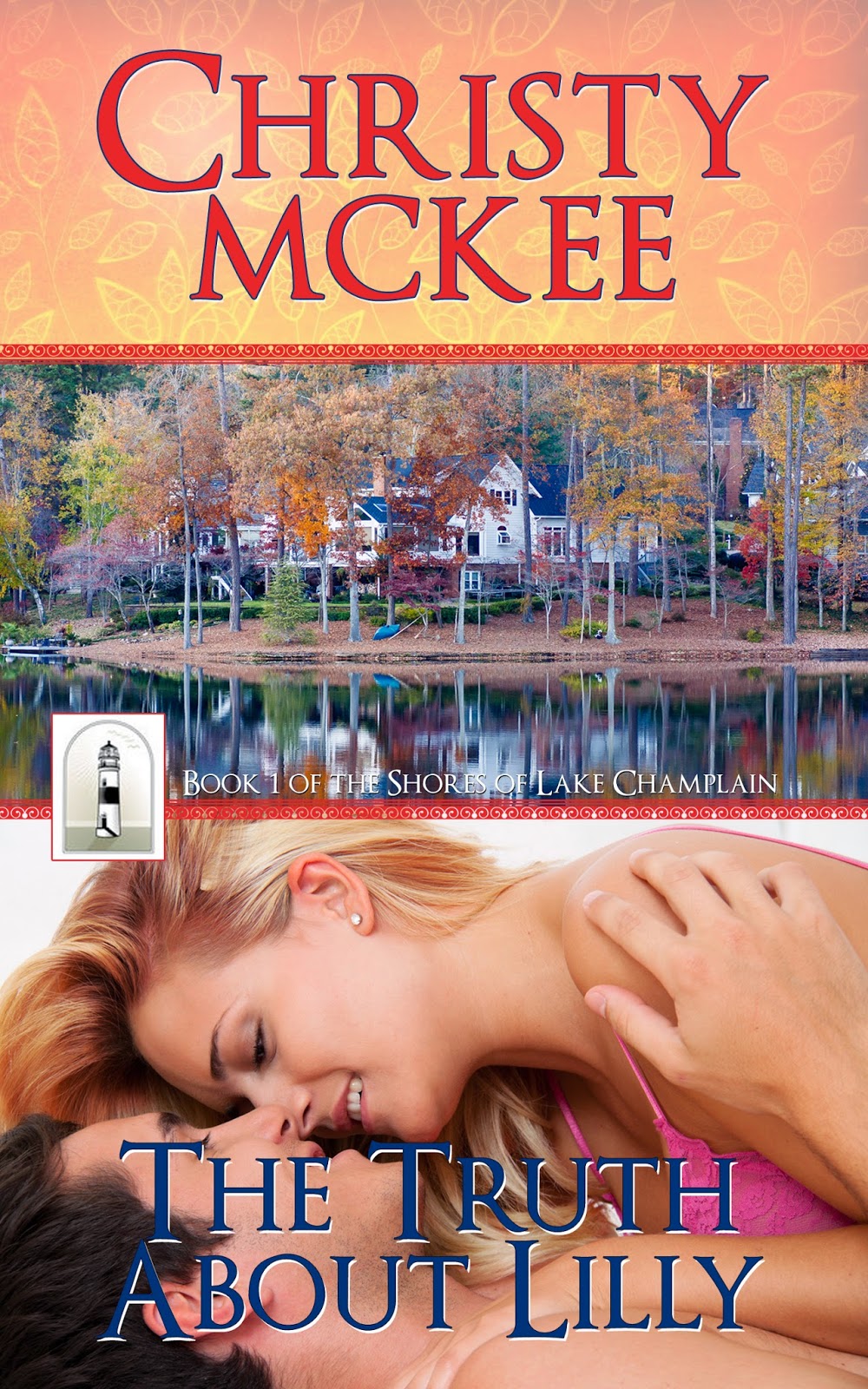 The Truth About Lilly

Lilly Talbot never imagined she would be starting her life over again.  Losing her good name for something she didn’t do forces her to move into an old lake house she inherited in Vermont. Upon arrival, she is shocked. Half the roof is about to slide into Lake Champlain. Even more upsetting, the man who can fix it will only agree if she trades him room and board for his labor. What will the good people of Haley think of her sharing a house with the handsome bachelor?

A man with a past…

Connor “Mac” McQueen, once one of the infamous Whiz Kids of Wall Street, spent three years in prison for insider trading. Only one thing sustained him during his time inside, the thought of owning Point Cottage, a home he’d fallen in love with years ago. Now his plans to transform  the house into a stunning showcase for his eco-friendly home construction business might be scrapped.

Now someone’s trying to drive Lilly from her home. Is it someone from her past?  Mac has secrets of his own-- that could ruin lives if revealed. But if Lilly and Mac are to have a future together they must first delve into the past for answers and accept some difficult truths about each other. Only then, will they know if true love is in their hearts.

Mac looked up from his tablet in time to see a vision in pink appear at the front door. Damn. Where did she come from? She walked in on long, suntanned legs and without even trying, had the attention of every male in the place. What she did for those hot pink Bermudas moved the color to the top of his favorites list. That prim, pink checked blouse of hers wasn't fooling anyone about the respectable breasts underneath. A sexy chestnut ponytail bobbed and swished with each step she took. For a split second he thought she looked familiar.

Haley was overrun with women all summer. Wives and mothers who all seemed to have unattached single female  friends who they were dying to fix up. Mac took women out to dinner and sometimes for a boat ride. These women were safe, spending only a week or two in Haley. He wasn't interested in an attachment to anyone, so the vacationing variety suited him just fine. He could enjoy them and then they would leave him. For once, he wasn't the jerk who walked away.

Miss Pink settled at the lunch counter instead of taking a booth. Interesting, could she be on vacation alone? After lunch Mac would strike up a conversation. In the meantime, his view of Miss Pink was obstructed by Angie's white uniform, which irritated him until he saw the pie.

"Knew you'd want a piece of this." Angie's eyes sparkled suggestively as she put a large slice of apple streusel pie on the table. "Enjoy."

Mac flashed the waitress an appreciative smile. Angie was queen of the double entendre. If there was a possible sexual connotation to be made from a menu item, she was sure to come up with it.

Christy McKee began her career in TV news and eventually found her way into advertising and finally fiction. She believes a good story should be about characters who win your heart, sometimes move you to tears and occasionally make you laugh. As a reader, Christy hopes you'll be swept into her characters' lives enjoy getting to know them, experience the challenges they endure and be with them when they come out on the other side.