Hi Maureen, thanks for having me here today. 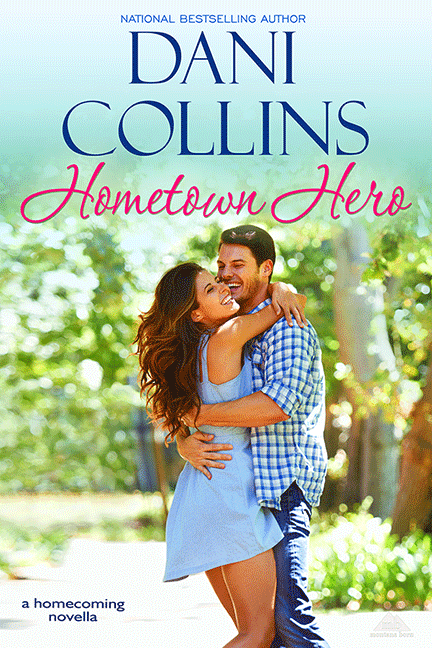 Readers, I have an early Christmas present for you. Keep reading for information on how to get my first Montana Born book, Hometown Hero (it’s the prequel to Blame The Mistletoe) for free (on October 14th)!

Back to the title of my post. My heroine, Liz, makes the “It’s not Christmas if family isn’t fighting,” remark in Blame The Mistletoe. She’s being facetious, but Christmas can be very stressful, especially when blended families are trying to negotiate who goes where, and when.

Not everyone likes the cold, either. I’m in Canada and a lot of people here go south to escape our winter, often heading to Palm Springs or even Mexico for Christmas. I put this idea together with the blended family idea when I was writing Blame The Mistletoe and decided Liz’s ex-husband would be getting remarried over Christmas in Mexico. Liz really couldn’t say ‘No’ to her daughter attending. Liz already doesn’t care for the season, being alone makes it worse, and then I made it positively intolerable.

I’ll tell you how, but first I have to tell you about the other (stolen) idea I had that I’d always wanted to write into a book. Someone close to me, who is divorced, has said on many occasions that she wishes she could have a ‘reunion of the exes’. Her ex-husband’s siblings wound up divorced and the ex-spouses were all people she liked. She always thought it would be the best party ever to get together with them.

I took a half-cup of that idea. Blake married Crystal Flowers and Liz married Crystal’s brother, Dean Flowers. They’re all divorced and Dean is getting remarried in Mexico with all the Flowers Family in attendance. Blake’s son and Liz’s daughter go, leaving Liz and Blake home alone for December, and then… the finishing touch. When Liz drops her daughter off for the big flight, it comes out that her ex-mother-in-law has lost her house sitter. Liz gets recruited to stay in Marietta to babysit a terror of a little dog.

My daughter made that suggestion: “Mom, he has to be the cutest thing to look at, everyone loves him, and he’s just awful.” So Curly is awful (yet somewhat redeemed.)

So there Liz is, a California girl in a small Montana town where she doesn’t know anyone. She thinks she’s in for the worst Christmas ever. Then she gets invited to a cocktail party hosted by Skye and Chase (from Hometown Hero) and bumps into Blake. She hadn’t seen him since his wedding to Crystal and now… well, you’ll see what happens in the excerpt below.

And I don’t want to spoil anything, but while Liz is having her best Christmas ever, the Flowers, not so much. Family + humidity = secrets revealed. It’s definitely Christmas.

Do you see a lot of family over Christmas? Is it a challenge to get everyone together?

The free days are a celebration to launch my Christmas story, Blame The Mistletoe, which releases today (October 13th). The stories are linked, so you might want both. 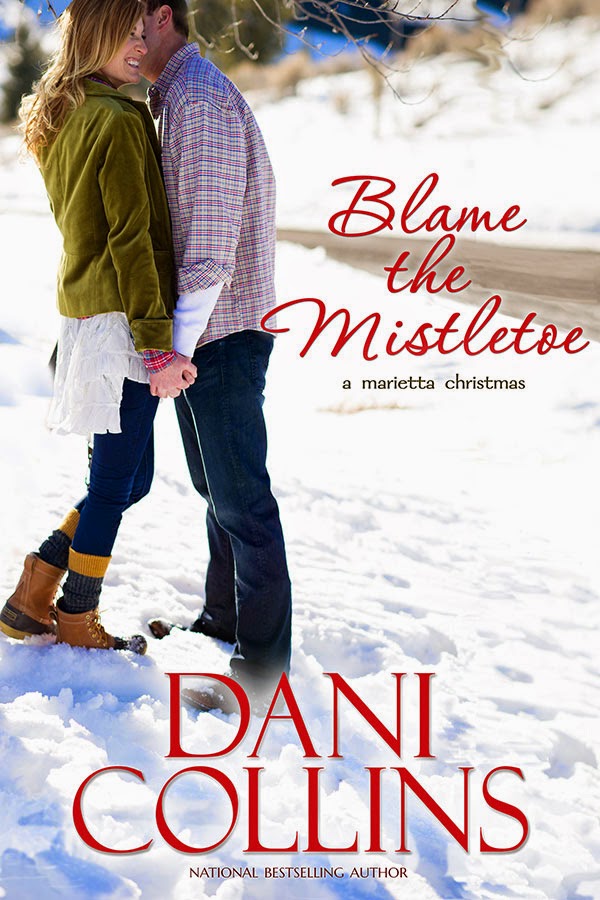 Liz Flowers has never enjoyed Christmas, but this one is shaping up to be the worst by far. She let her ex take her daughter to Mexico while she stays behind in a strange town, sitting her former mother-in-law’s high strung little dog. It’s an opportunity to meet new people, but this California girl doesn’t have much in common with the ranchers in small town Marietta.

Blake Canon perks up with male interest when he sees a new face at his friend’s Christmas cocktail party. His son is away and a light affair would take his mind off his financial troubles. Then he realizes he knows Liz. She was once married to the brother of his ex-wife.

Their children might be cousins, but Blake and Liz do the kissing—under the mistletoe. It’s the beginning of a new view of Christmas for Liz, but when their children arrive home unexpectedly, and family secrets are revealed, Liz isn’t sure she’ll stay in Marietta for Christmas after all.

~ * ~
EXCERPT for BLAME THE MISTLETOE

“Uh oh, Liz. You have a decision to make,” Skye said, pointing above Liz’s head.

“The girls made me hang it,” Chase said from behind her, referring to Skye’s nieces who’d been running around with the rest of the children this evening.

Liz’s gaze caught Blake’s on the way down from the little sprig and her heart skipped at the light in his eyes. Her brain grasped for a smart remark, but nothing came.

Blake stepped into her space. “I think we owe it to ourselves,” he said. “Don’t you?”

Swaying, she set her hands on the cold, brushed texture of his coat, feeling ridiculously small and girlish all of a sudden. “Because of our mutual experience with the Flowers?” she asked.

“Actually . . . ” His gaze narrowed as he stared at her mouth and started to lower his head. “Let’s not think of them at all.”

His mouth touched hers and wiped her brain clean. All she knew was the brush of cold lips that warmed against hers, pressing firmly enough to open her lips so the kiss was not nearly so chaste as it should or could have been. He lingered, waiting until temptation got the better of her and she kissed him back, letting her mouth cling to his, then he slowly drew back. Something satisfied flickered in his eyes.

That had been bad. Good in a way that was very, very bad. Liz could barely breathe or muster a smile.

Skye and Chase smirked at each other. Someone from the lounge whistled. Liz rolled her eyes, feeling herself blush.

And Blake didn’t bother to hide the male smugness in his gaze as he took the leftovers from Skye and opened the door for Liz.

I hope you’ll download Hometown Hero for free then want to pick up Blame The Mistletoe for a feel good Christmas story. And please look for my next Montana Born story in the spring, which will feature Blake’s sister, Meg.