Congratulations to "Marcy S." the winner in Rebecca's giveaway. Thank you to all who participated! 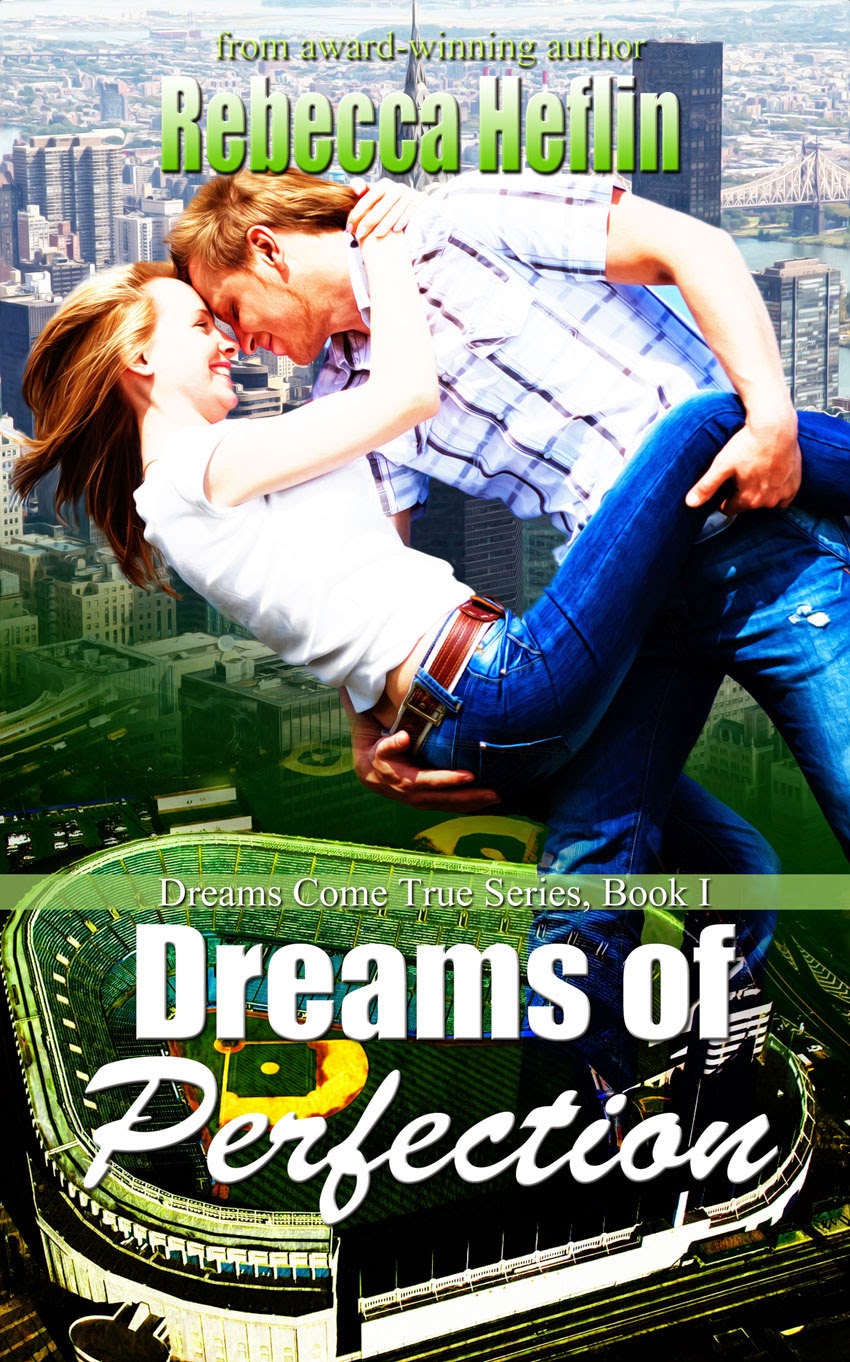 Ever had one of those girlfriends who went on one date after another only to find something wrong with every guy she went out with? One of those women who’s looking for Mr. Perfect, instead of Mr. Right? Well, that’s my latest heroine, Darcy Butler, in Dreams of Perfection (Book #1 in the Dreams Come True Series).

See, Darcy’s a best-selling romance writer whose endless round of dates never live up to the guys she creates from her own juicy little imagination. She’s had her heart stomped on for sure, but her defense mechanism is to her standards a tad too high.

Admittedly, some of her blind dates were, well, a little creepy. Like this one, where she’s meeting a guy at a coffee shop on the recommendation of her accountant.

“Now, let me tell you about myself.” He opened his briefcase and pulled out three files, laying them carefully on the table. “I’m looking for a mate, not a date. I don’t have a lot of time to waste dating, and I understand neither do you, if you want to become pregnant before you’re too old.”

He glanced up, clearly mistaking her expression for awed speechlessness rather than horrified incredulity. He patted her hand. “Oh, don’t worry, I am not opposed to children. I have a strong sex drive, so children are inevitable, but I don’t believe in premarital sex, so marriage is mandatory and soon.”

Aghast, Darcy looked around the coffee shop, expecting her family and friends to storm the table, laughing and teasing, certain this must be a joke.

He gestured to each file in turn. “This is my resume.”

Resume? He did realize this wasn’t a job interview, right?

“And these”—he picked up a stack of paper— “are letters of recommendation.”

Flabbergasted, and not a little intrigued, Darcy waited for him to continue. After all, she enjoyed a good joke, even if it was on her.

He placed his resume in front of her, which she noted included his salary and net worth. Seven figures—impressive. Next came a description of his home on Long Island and his country club privileges.

Darcy suppressed a giggle, still waiting for the punch line. Let everyone think they’d pulled a good one over on her.
***
I had so much fun writing Darcy’s story. She’s a little ditzy, a lot adorable, and I just wanted her to find the happily-ever-after (HEA) she writes about—after I finished torturing her, of course. Darcy learns many things on her journey to HEA, like not to take people for granted, and that when you love someone, you love them warts and all.

She learned some of these lessons while visiting her Aunt Rosie and her Uncle Al, who were celebrating their sixty-third wedding anniversary. I modeled Rosie and Al’s relationship after cousins of mine whose long, happy marriage I admired.

To spend time with my cousins, let’s call them Mary and Bob, was to see first-hand what two people still in love after all those years looked like. The little gestures of affection, the flirtations, the sparkle in their eyes when they looked at each other, and the deep respect they had for one another, made you hope for that very thing when you reached those same milestones in your own life. Bob never hesitated to tell you that he’d married his best friend and the love of his life.

Mary and Bob had been married sixty-three years when he passed away, and along with their daughters, they can boast four grandchildren, and fourteen great grandchildren. Quite a legacy.

As a romance author I write stories with happily-ever-after endings—modern-day fairytales. But my stories can’t compete with Mary and Bob’s. They lived the fairytale.

Darcy makes a mess of things trying to figure everything out, and it takes her aunt and uncle’s anniversary party for the light bulb to finally come on:

It suddenly occurred to Darcy that fairytales weren’t found in books. They were found in real life—everyday life, with both its triumphs and its tribulations. And her aunt lived that real-life fairytale every day, while she had been wishing for the wrong fairytale all along.

Giveaway:
I’m giving away a free Amazon eBook of Dreams of Perfection to one lucky commenter. 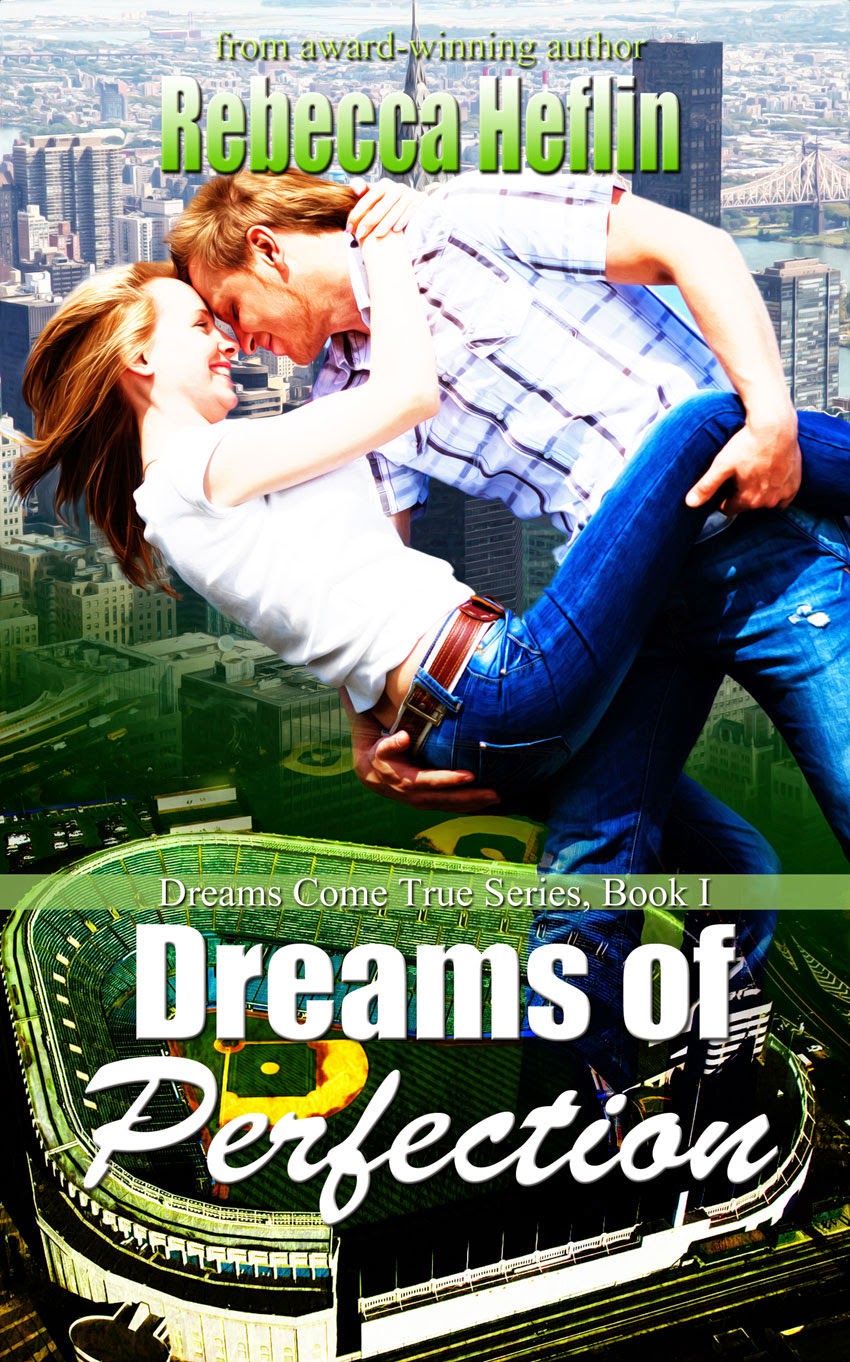 What if perfection isn’t truly perfect?

Best-selling romance writer, Darcy Butler, is holding out for perfection in the form of her own carefully-crafted heroes. Once blissfully engaged to be married, Darcy’s post-traumatic commitment phobia is depriving her of the very thing she wants most: her very own happily-ever-after. Now, here she is just six months shy of her thirtieth birthday, and not a Prince Charming in sight.

Successful lawyer, Josh Ryan, is the boy-next-door with a soft spot for the less fortunate, and Darcy’s best friend without benefits. Darcy often comes to him lamenting her love-life, or the lack thereof, whereupon Josh patiently doles out his sage advice. Problem is Josh is in love with Darcy.

But when Darcy finds herself looking into the handsome face of the man who graces the cover of her soon-to-be-released novel, she’s convinced her dreams of perfection have come true. Or have they?

Bio
Rebecca Heflin is an award-winning author who has dreamed of writing romantic fiction since she was fifteen and her older sister snuck a copy of Kathleen Woodiwiss' Shanna to her and told her to read it. Rebecca writes women's fiction and contemporary romance. When not passionately pursuing her dream, Rebecca is busy with her day-job as a practicing attorney.
Rebecca is a member of Romance Writers of America (RWA), Florida Romance Writers, RWA Contemporary Romance, and Florida Writers Association. She and her mountain-climbing husband live at sea level in sunny Florida.
Visit Rebecca at:

Giveaway ends 11:59pm EST July 20th. Please supply your email in the post. You may use spaces or full text for security. (ex. jsmith at gmail dot com) If you do not wish to supply your email, or have trouble posting, please email maureen@JustContemporaryRomance.com with a subject title of JCR GIVEAWAY to be entered in the current giveaway.