Congratulations to "Sherry H.", the winner in Barbara's giveaway. Thank you to all who participated!

Thanks to Just Contemporary Romance for inviting me back here to chat!

I hope all those of you who celebrate it had a wonderful Fourth of…July.  Yes, that’s right, July.

When it comes to dates, I always have to stop and think twice.

Recently, my husband asked why he’s suddenly seeing calendars in every room of the house.  There’s a wall calendar hanging in our kitchen, an appointment book on the coffee table, a one-dollar engagement calendar tucked between the reading material in the “reading” room, and a page-a-day calendar block on the corner of my desk.

I explained to him it’s because I’m a writer.

Which means I never know what day…or month…or sometimes even what season we’re in.

In May, I was plotting a new series that takes place over Christmas and New Year’s.  That’s not so bad, is it?  To get into a holiday mood, you can always drink a mug of hot chocolate, heat water and some spices in a pot on the back burner of the stove, and crank up the Christmas tunes.

In February, I turned in final edits on my upcoming book, which begins in July—and comes out in August.  :)  Getting into a summer frame of mind isn’t quite as easy when you’re wearing flannel p.j.s and curled up on the couch with an afghan.

Keeping track of the seasons is only the beginning!

Since my books revolve around family, there are lots of characters and their special dates to remember—anniversaries and birthdays, ages of each of my hero’s nieces and nephews, the day school ends for the summer, my pregnant heroine’s appointments with her doctor and the stages of her baby’s development.

Also, in small towns, the townsfolk are very big on community.  (And on keeping track of everyone else’s business!  LOL)  They wouldn’t take kindly to an error in the dates of the annual Founder’s Day Festival or a mix-up over which night the local café serves their meatloaf special.

Now you see why I need all those calendars and why I sometimes don’t know what day it is.

I’m always looking for ways to help me stay organized in my personal life, too.  Have you got a calendar/to-do system that works for you or any tips to share? 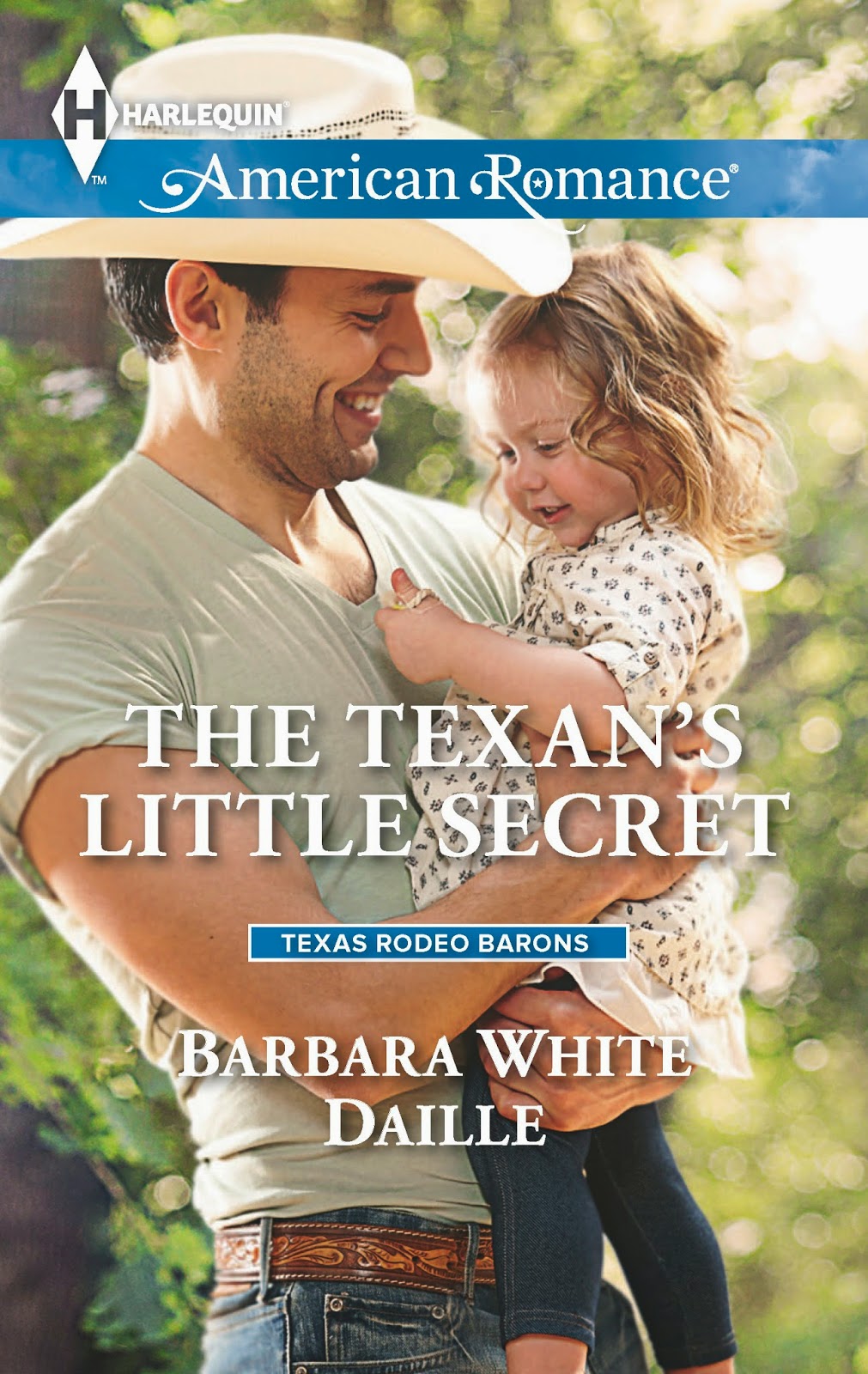 Here’s an excerpt from my “Fourth-of-July-written-in-February” book, The Texan’s Little Secret.  This takes place at the July 4th barbecue on the ranch owned by my heroine’s father and managed by the hero, her first (and former) love:

Unable to meet Luke’s eyes, Carly pushed a stray olive around on her plate with a fork and inhaled an uneven breath.

She couldn't handle seeing that unexpected touch of vulnerability in his face.  She didn't want to dwell on what had happened in his life once he'd walked away from her.  Most of all, she couldn't bear even to think about his grief over the wife he had lost or his love for the little girl he shared with that other woman.

To her relief, Kim finally returned to the table, bringing the napkins she'd supposedly needed.  To her even greater relief, Luke grabbed his plate and cup.

He nodded at them both.

Watching him walk away set off a familiar ache in the pit of her stomach.

Kim slid into the seat Luke had left.  Carly welcomed the distraction, though Kim's eyes already held questions.  She would want to know what she'd missed.  Understandable since, right from the beginning, Carly had always shared with her best friend everything that happened between her and Luke.

She shrugged.  Under cover of the talk all around them, she lowered her voice and reported, "He sat.  He ate.  He departed.  That was the extent of our big reunion, and that's all it's ever going to be."

"Come on, Carly, you can't be immune to the guy.  He's twice as hot as he was when you went with him."

"And any interest I had in Luke Nobel cooled to sub-zero temperatures back then.  It's not like he meant a lot to me, anyhow," she fibbed.  "You know I only went out with him in the first place to try to get my dad off my back."

Kim sighed.  "Well, I'm sorry it didn't turn into the romance of the century."

If she only knew.

But how could she tell Kim the truth?  She couldn't explain, even to own satisfaction, why she had suddenly felt the need to keep Luke all to herself.  Instead, she had sworn Kim to silence.

Still, typical teen that she was back then, she couldn't keep from sharing developments with her best friend.

Day by day, she had filled in every little detail of her first big romance...until the part where she and Luke slept together.

Hope you enjoyed the clip!  I’m giving away books, including an autographed copy of The Texan’s Little Secret.  Check out the Rafflecopter below.

Coming home might be the worst decision Carly Baron has ever made. Each minute on her family's busy ranch is one minute closer to seeing him—her first love—the man who broke her heart seven years ago. While coming face-to-face with Luke Nobel again brings back painful memories, Carly quickly realizes there are other strong feelings just under the surface….

The Texan’s Little Secret can be found at:

Originally from the East Coast, award-winning author Barbara White Daille now lives with her husband in the warm, sunny Southwest, where they love the lizards in the front yard but could do without the scorpions in the bathroom.  Barbara writes romances—usually with cowboys, kids, and a touch of humor.  Her current title is Rancher at Risk, and she’s excited that her upcoming book, The Texan’s Little Secret, releases in less than a month!

Giveaway:
See giveaway details below. US and Canada postal addresses only.
a Rafflecopter giveaway
Posted by Maureen A. Miller at 12:30 AM