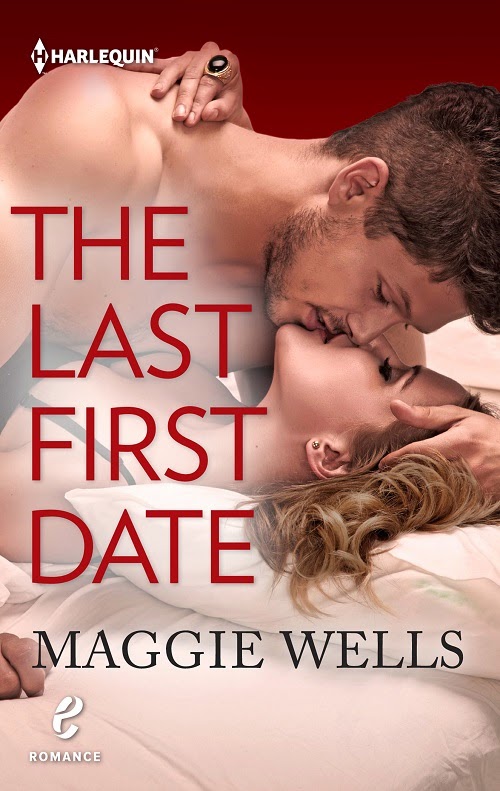 Today I’d like to talk about the most fascinating of all living beings…the elusive single male! What better topic could there be? Whether they’re stalking the nightclubs, prowling the city streets, or presiding over boardrooms, women are drawn to these magnificent creatures like wildebeests to the watering hole.

Romance novels celebrate the mythology of the elusive single male. But, what I want to know is…have you ever actually met one of those glib, gallant, frustratingly untouchable men? According to legend, they are not the teeniest, tiniest bit interested in marriage. Ever. Don’t even try to pin one down. Their hearts are as hard as their muscles, and they keep any tender feeling they may have buried under layers of complex defenses.

But you see, I’ve had my fair share of experience with the hairier sex, and I have to say, I don’t think they’re all that complicated. I was raised by wolves with five older brothers. Each one of those brothers came with an assortment of guy friends. I’ve long worked in male-dominated (yes, I giggled when I typed that) industries. I know men. Lots of men. And I’ve yet to meet one who didn’t, at least quietly, want someone to love them.

For this reason I am compelled to soften my heroes’ requisite commitment-phobia. I mean, come on. How many people completely reject the idea of love? Who truly wants to be alone their whole life?

I’m not saying they don’t exist. I’m only arguing that they can’t possibly be as common as we’re led to believe. Humans are social creatures. We love. We need to be loved. I love my fictional men as much as the next girl. But I snicker when I read about a hero who rejects the possibility of needing anything more than a one-night stand.

Just think of how exhausting that must be for the poor guy. So. Much. Work. I’m willing to buy one who goes through women like water as part of a phase, but not as a lifestyle choice. I can also buy into the concept of the hero who is ‘damaged goods’ licking his wounds for a while, but eventually they creep out of the man cave. I think that rather than resisting relationships, men are often more shocked to find they’ve stumbled into one.

That isn’t the case for Langley Shepard, though.

The hero of my latest release, The Last First Date, Lang is a man who knows what he wants, and he wants to settle down and have a family. So much so, that he has become a serial dater in his quest to find his Ms. Right. Here’s a little taste:

****
Lang Sheppard was even better looking when he wasn’t shivering in the icy rain trying not to arrest his date for the evening.

He was also a big, fat liar.

Hours crept past as Kirsten and Max sat at two different desks answering questions, and she spent time twiddling her thumbs. She tried making small talk with the female officer he’d corralled into taking her statement, but the poor woman was obviously swamped with work. As was everyone else in the crowded room. And proving he was the ultimate team player, Detective Dreamboat jumped in with both feet.

He sat at a desk up against the wall typing on a computer decorated with a print out of a cereal box with his face emblazoned on the front. Someone had crossed out the brand name and inked ‘DATER’ in heavy black lines. The gist of the joke wasn’t hard to absorb. The guy was definitely good looking enough to be a player.

“I’m guessing the Wheaties box is meant to imply Detective Sheppard is a serial dater.”
Officer Perkins didn’t look up from the paperwork spread across the desk but hummed an affirmation. Jessica spotted the framed photographs nestled beside the monitor. Two grinning, semi-toothless faces beamed back at her, cowlicks standing at full attention, eyes sparkling with mischief. Secure in the assumption that Officer Perkins was a woman accustomed to multi-tasking, she asked the stupid question she couldn’t shake.

The other woman snorted, but the enthusiasm in her nod spoke volumes. “I lost count back in February.” She jerked a nod toward the detective at the desk beside Lang’s. “I think Manny has a running tally.” 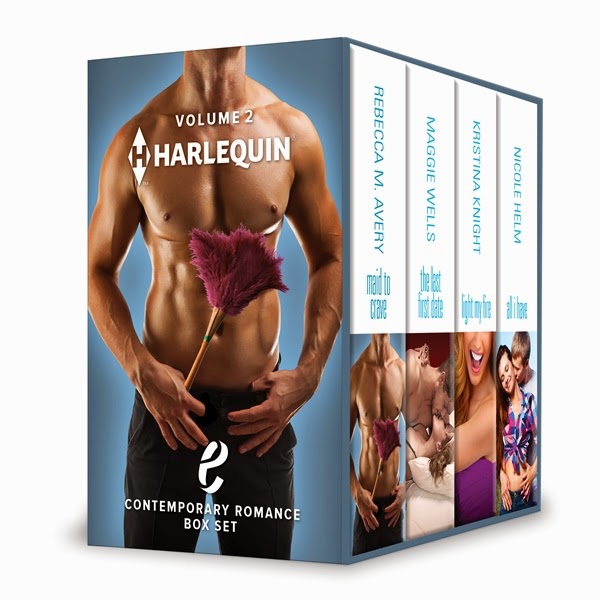 Disappointment formed a pool in the very pit of her stomach and she dove in. Mantra or not, there were certain parts of her that very much wanted to get involved with him. And she couldn’t just blame her lady bits, either. Her sucker heart fell for the nice guy, knight-errant shtick like a ton of bricks.

****
Giveaway:
The Last First Date is part of the Harlequin-E Contemporary Boxed Set (Volume 2) – a set of four fabulous stories featuring prime specimens of the species. Comment below and I’ll enter you to win a digital copy!

Giveaway ends 11:59pm EST June 28th. Please supply your email in the post. You may use spaces or full text for security. (ex. jsmith at gmail dot com) If you do not wish to supply your email, or have trouble posting, please email maureen@JustContemporaryRomance.com with a subject title of JCR GIVEAWAY to be entered in the current giveaway.