Being a writer is the most amazing job in the world. No, I'm not curing cancer but I do get to help people find love, find themselves, and begin living happily. The people in my head are very real to me as I'm writing and my hope is always that something in my books (or any authors books) will connect with 'real' people and help them figure things out.

There is one drawback to all of this, however: I sit in a chair for long hours each day writing my words, editing sentences and some days just trying to figure out what to say. That sitting? Not great for the metabolism or the derriere. Plus, when things aren't going well, chocolate is involved.

Here's how I keep things together in the health department when I spend most of a given day on my ... well, you know:

3. Taking a walk. Wherever I am in the writing, if I'm stuck or just need to clear my head, I'll take a walk. Somedays it's a quick lap around the neighborhood with my book playlist going. Some days it's a longer sweat-inducing walk/jog program. Depends. But walking is a great way to get moving (literally and figuratively).

2. Getting in the water. Most of you know I teach deep water running at our local Y two nights each week. And I fill in as needed for other classes. And I've been known to hit the pool on my own when I need to clear my head. Water (whether its a beach or a pool) has always been an inspiring place for me.

1. Dance. The picture above is one of my favorite video games - it's sweaty, hard work (Yes, you have to get OFF the couch or office chair) with one massive benefit: if I trip over my clutzy feet no one will see me. I love Zumba - it's works the core, legs and arms. Plus, it's dance so it's over and you're hot, sweaty and feeling great before you even realize its work. The Just Dance games also now have a workout section, so thats another way to get moving and dancing away from the computer.

Okay, what's your favorite way to get moving? 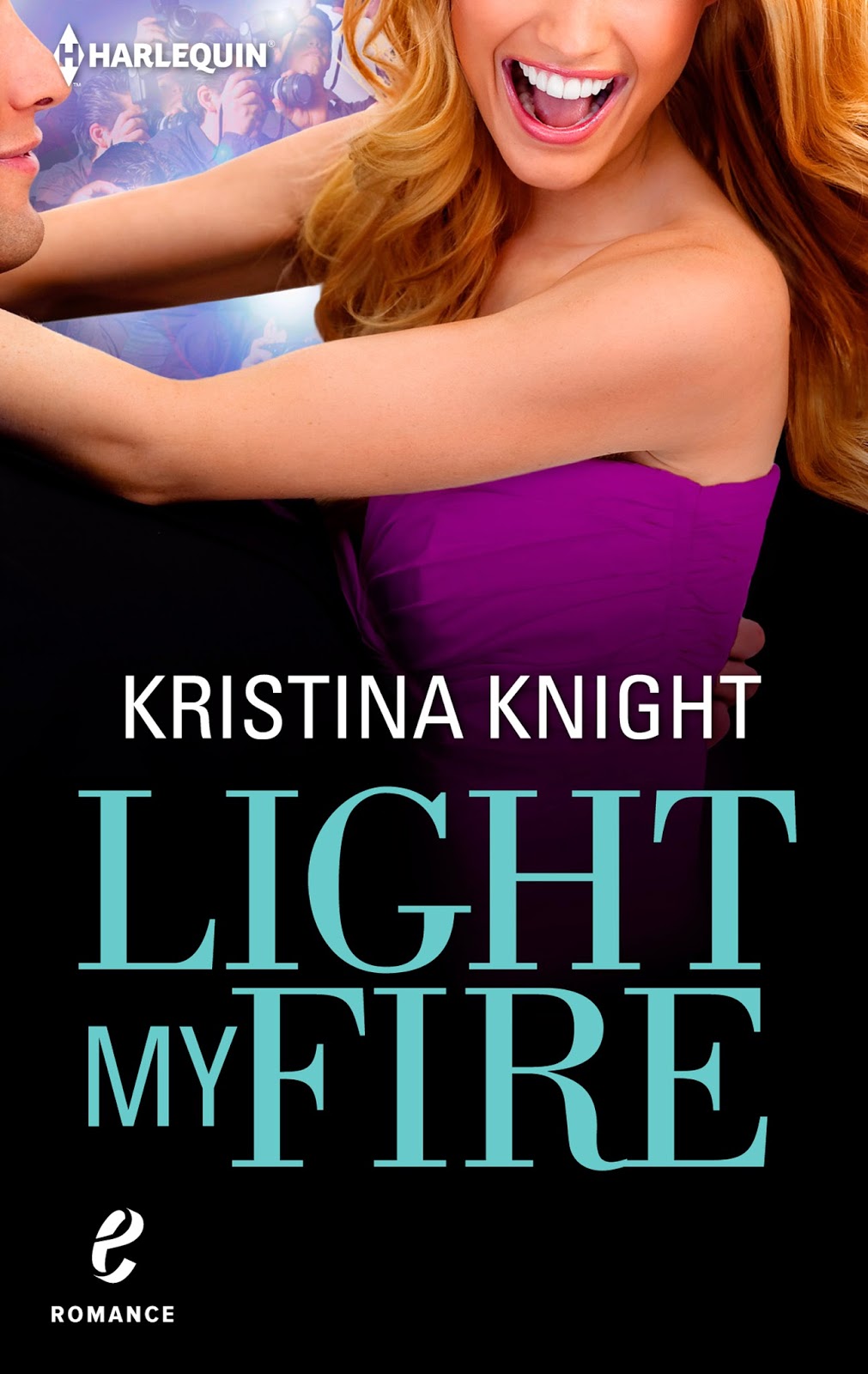 Lily MacIntyre's life is offtrack, and she knows exactly how to right it: shed her America's sweetheart image in a big way. Getting down and dirty in a limo with rocker Nate Lansford seems like the perfect solution. Plus, she's had a mad crush on him practically since birth. The only problem? Nate is her brother's best friend…and he doesn't see her as anything other than a surrogate little sister.

“Don’t.” Her words were a whisper, but still loud in the back of the limo.
“Don’t, what?”
Finally she looked at him, her deep brown eyes molten in the darkness. “Don’t be my brother’s best friend tonight. Don’t be my cheerleader. Just…” Her hand trembled against his on the cool leather seat. “I’m not America’s favorite sixteen-year-old any longer. I don’t need to pretend I’m still sixteen, and the magazines are already burning me at Trey’s sacrificial altar, so why not send that old image up in flames all the way?”
She leaned across the seat, brushed her sweet lips across his cheek, and Nate nearly lost it. He was holding on by a thread. This was Lily.
The same girl he’d grown up with. The Lily who’d brought him home after school because she noticed he hadn’t eaten lunch for three days. The Lily who cheered for him at the high school talent show. The Lily who couldn’t really want him, because if she did…he would ruin her.
Nate groaned when her lips brushed against his. A bit of her hair had come loose from the sleek updo and brushed against his neck, fanning that trickle of flame even hotter.
Her hand traced the line of his jaw, and Nate’s resistance burned to the ground. He pushed her back into the corner and dug his hands into her hair. “You don’t know what you’re asking for.”
She panted. “I know exactly what I want, Nate Lansford, and what I want is you.”
Nate lowered his lips to hers, tasting the sweetness of her lips for the first time. Her tongue tangled with his, pushing him further, asking him for more. And Nate gave it.
When Lily arched her back, Nate reached for her breast, feeling her nipple pucker beneath the fine silk of her dress. She moaned, a tiny sound, but it was enough to pull him back into the present.
What was he doing? This was Lily. The girl who made him want to be more than the kid from the wrong side of Malibu’s tracks. His friend.
He couldn’t mess that up.
Nate pushed away from her, fisting his hands in his hair as he tried to put a few more inches between them. The back of the limo was too tight. He was too close to Lily. He needed air. Space.
Distance.
“I’m sorry.” His voice was rough. “That shouldn’t have happened.”

Author Bio:
Once upon a time, Kristina Knight spent her days running from car crash to fire to meetings with local police--no, she wasn't a troublemaker, she was a journalist. Her career took her all over the United States, writing about everything from a serial killer's capture to the National Finals Rodeo. Along the way she found her very own Knight in Shining Cowboy Boots and an abiding love for romance novels. And just like the characters from her favorite books, she's living her own happily ever after.
Kristina writes sassy contemporary romance novels; her books have appeared on Kindle Best Seller Lists. She loves hearing from readers, so drop her a line!