This season marks the 132nd season for the Giants baseball franchise. A team that began in 1883 (one hundred years before I started 8th grade), and still carries on a proud tradition. They’ve survived wars, one cross-country move (while escaping a second move to Florida in 1993), a strike, a major earthquake that postponed game three of the 1989 World Series and the steroid problems.  One of the things I love most about baseball is that it is never over until it is over. Perseverance is the most important trait a baseball player can have. Not size or strength or superhuman talent. Sure, those things help, but the biggest asset a player has is the ability to never give up.
The same thing can be said about writing. Or any dream worth pursuing.
I started my first romance novel twenty years ago. Just playing around, really, a way to entertain myself when I was first married and we didn’t have cable. Just baseball on the radio and my imagination.

Years went by, we started careers, a family. Bought a house. Upgraded. I quit teaching, tried bookkeeping, stayed at home with my kids and volunteered in their school. I joined the Little League board and kept myself busy. But I secretly wrote along the way. When I worked full time, I wrote about a career woman quitting her job and entering the world of playdates and competitive preschools. I wrote an inspirational secret-baby spy thriller told almost entirely with wine-induced flashbacks. That was the first book I finished, but it will never be published.

Finally in 2010 I finished my second book. This time I felt like I could take the next step. I started researching agents and publishers and how to submit. Along the way, I discovered Romance Writers of America. There was a chapter that met in Sacramento, not far from my home. I couldn’t make the next meeting, because it was opening day of Little League, but I signed up as a guest for the following month.

I met with many amazing and welcoming writers. I felt completely over my head, but also like I belonged there. So I went back. I’ve learned about the craft and business of writing about how to pitch (not a baseball, but a book) and after almost three years I had signed my first publishing contract, and today is the debut of my first novel. 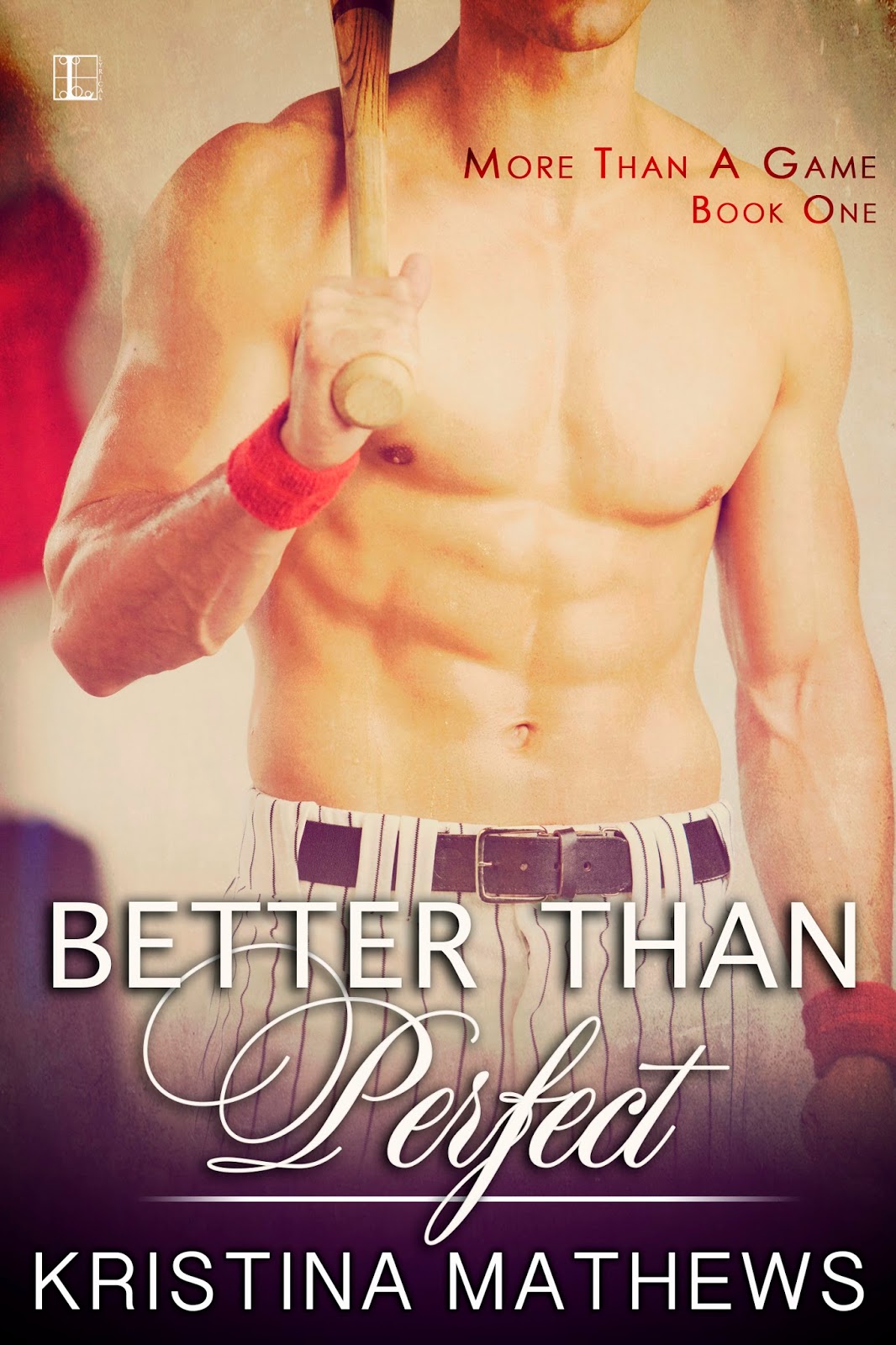 But I almost gave up on Better Than Perfect. I had received several rejections, most of them as a form letter. I got a few suggestions, encouraging me to keep writing but I wasn’t quite there yet. I was getting frustrated because I wasn’t sure what was wrong with my book. I was getting requests to my queries, but then…nothing. So I was really excited to win a critique by an author on a blog I follow.
I sent off my first 50 pages to her at the same time as a few agent and editor requests. I got a couple of rejections, again generic. One even spelled my name wrong and it ended up in my spam folder.

But I kept at it. Savvy Authors hosted a “Pitch Perfect” event the month of April. They set up several agents and editors to take pitches on their website. I’d already submitted, and been rejected by a couple of the agents/editors on their list. But there were a few that I hadn’t yet contacted. I got two requests right away, and sent the required partial or full manuscript. One of the editors I pitched to didn’t post the results right away, so I had to check back.
In the meantime, I got my critique back. It was like my dental hygienist—very thorough and painful. I couldn’t finish reading it. I know she was trying to be helpful, but I was pretty down. I figured Johnny Scottsdale was destined for the disabled list, maybe permanently. I was working on the second book in the series, but I stalled out around chapter ten. I wasn’t ready to give up, but I felt like I was down to my last strike.

I checked the Savvy Authors website and sure enough, the last editor wanted to read my manuscript. I sent it, thinking if I was going to go down, I’d go down swinging.
The next day she sent me a quick e-mail telling me how much she looked forward to reading it.

About a week later she’d finished reading it. I read the e-mail skimming past the words “I loved it” waiting for the “but.”

There was no “but.” She wanted my book.

A week later I had signed the contract with Lyrical Press, which is now an imprint of Kensington Books and I have since signed a second contract for Worth The Trade, due out in July.

So yeah, sometimes you can be down to your last strike, and with one swing of the bat (or click of the mouse) you can hit one out of the park.

The woman he left behind and the son he never knew are tougher opponents than any he’s met on the field.

Pitcher Johnny “The Monk” Scottsdale has won awards, been named an All-star and has a perfect game to his credit. Known for his legendary control both on and off the field, his pristine public image makes him the ideal person to work with youth players in a preseason minicamp. Except the camp is run by the one woman he can’t forget…the woman who made him a “monk.”

Alice Harrison’s three strikes include an unexpected pregnancy, a marriage of convenience and young widowhood. She once traded her dreams so Johnny could have a chance at making it to the Majors. Johnny comes back into her life just as she’s ready to resign as foundation director and pursue her own dreams of finally earning her teaching credential. Her plans may go on hold, though, depending on the reaction when she confesses she may have kept a major league secret from Johnny and her son.

With the minutes ticking by until Johnny will leave for spring training, they’ll need to let go of the past and work together in order to win the game of love.


Amazon | Barnes and Noble | Kobo
Kristina Mathews doesn't remember a time when she didn't have a book in her hand. Or in her head. But it wasn't until 2010 that she confessed the reason the laundry never made it out of the dryer was because she was busy writing romance novels.
While she resigned from teaching with the arrival of her second son, she's remained an educator in some form. As a volunteer, Parent Club member or para educator, she finds the most satisfaction working with emergent and developing readers, helping foster confidence and a lifelong love of books.
Kristina lives in Northern California with her husband of twenty years, two sons and a black lab. A veteran road tripper, amateur renovator and sports fanatic. She hopes to one day travel all 3,073 miles of Highway 50 from Sacramento, CA to Ocean City, MD, replace her carpet with hardwood floors and serve as a “Ball Dudette” for the San Francisco Giants.

New comments are not allowed.