Congratulations to "Jo-Anne B." the winner of Margaret's giveaway. Thank you to all who participated. 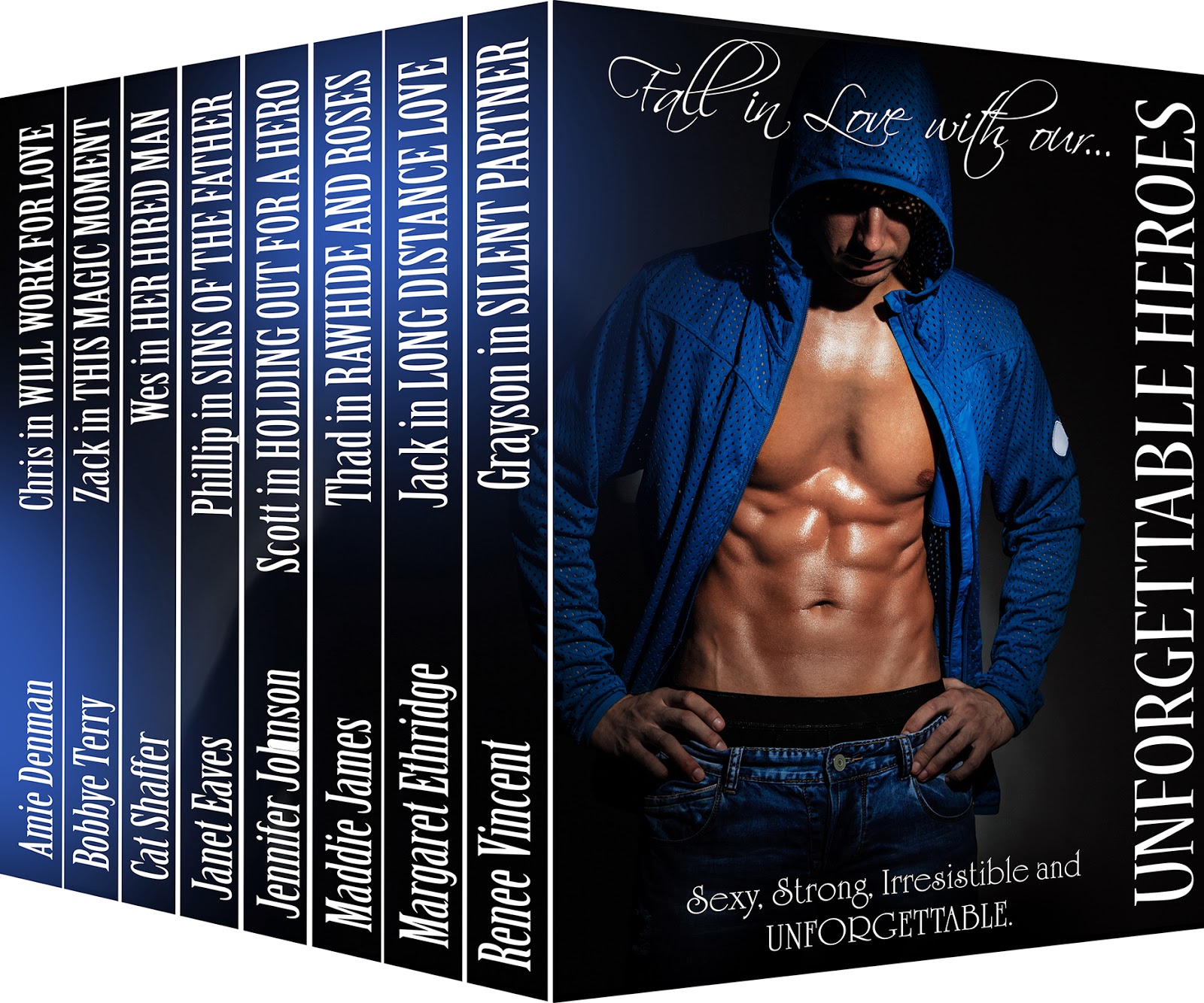 Once in a while, an author creates a couple of characters that grab on and won’t let go. That’s exactly what happened when Jack Rudolph and Ellie Nichols popped into my head.

The three of us met when I was trapped at ’ waiting on a delayed flight and people watching. Airports are a target rich environment for a writer. There’s always some kind of high drama unfolding – arrivals, departures, lost luggage, over-served travelers…the place is teaming with plot. While I was there, I watched a guy and a girl sneaking peeks at each other in the gate area. The spark ignited, and the story of a saucy hotel manager and a hunky FBI agent who strike up a conversation while stranded at the airport by a Christmas Eve snowstorm caught fire.

Concourse Christmas was published in Believe: Turquoise Morning Press 2010 Christmas Anthology, and soon I heard from readers who wanted to know what happened next. So I wrote another story that takes place on New Year’s Eve and posted it on my website as a free read. From there, the Jack and Ellie demand only grew. More stories followed covering Groundhog’s Day, President’s Day, Valentine’s Day, St. Patrick’s Day, Derby Day, and Independence Day. 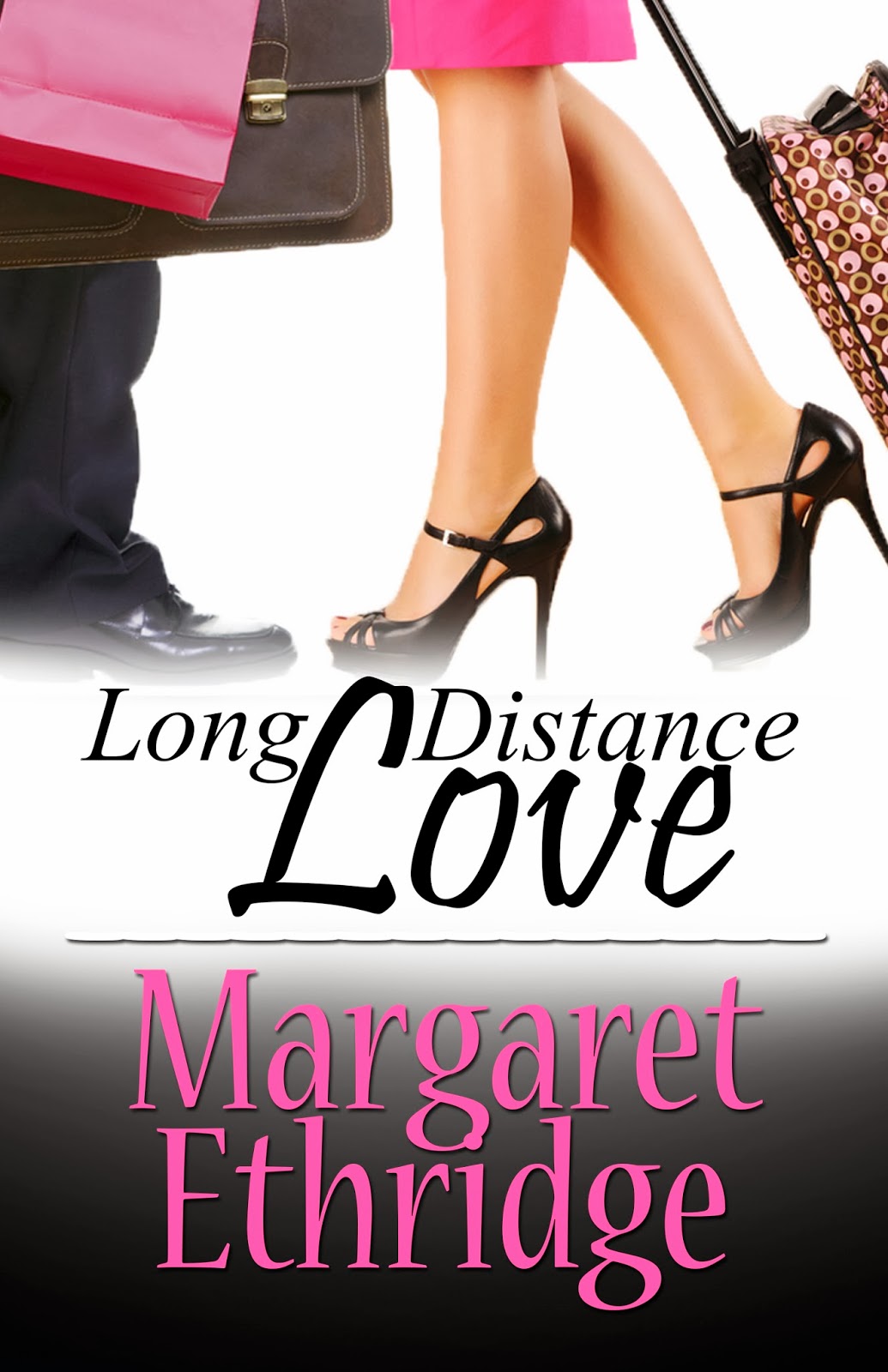 Long Distance Love is a compilation of those original Jack & Ellie stories plus six all-new stories that take them through Labor Day, Columbus Day, Halloween, Veteran’s Day, Thanksgiving, and back to Christmas. But there were a few holidays I toyed with that didn’t make the cut. One of my personal faves was Flag Day.

I’ve always felt bad for Flag Day. Noted in red on June 14th, it falls so close to the Fourth of July that it’s often overlooked. But not by me.

Seriously, how was I supposed to resist using this scrap of byplay?

The sheets rustled as she rolled over. The cell phone was warm against her ear, but not nearly as hot as the sound of Jack’s voice. Weariness undercut the teasing playfulness behind the use of that hated nickname. Husky and gravelly, his faint southern drawl crept in around the edges, wound its way around her heart, and squeezed. Hard.

It had been six weeks since she last kissed him. It would be another three before she got the chance. Jack was at the FBI facilities at for some kind of training, though why a forensic accountant needed to go through additional training was beyond her. Numbers were numbers. As far as she could tell, they stayed the same whether the person crunching them worked at the neighborhood tax preparation place or for the Federal Bureau of Investigation. She wanted him settled in , not off learning to subdue runaway subtraction. Navigating a long distance relationship was hard enough as it was. had been bad enough. would still be a challenge. But , wherever the hell that might be, was just too damn far away.

“Rudolph,” she managed to whisper. “Good day of quantum accounting?”

Score, a direct hit for her very Special Agent. “I miss you too.” His raspy chuckle struck a girl right in her happy place. “That’s why I’m calling. I wanted to run something by you.”

“It’s Flag Day. You should run it up the flagpole.”

Ellie squinted through the darkness of her own bedroom, her mind racing to catch up. “Is this some kind of weird dirty talk?”

“I could only wish.” Another quiet, resolve-melting laugh. “Talk dirty to me, El. Tell me what you want to run up my flagpole.”

“I only wanted to float the idea of me coming to over the Fourth.”

She heard his sharp intake of breath. “Really?”

The barely disguised wonder in his tone set her on the defensive. “It’s not that I wouldn’t. It just hasn’t worked out that way.”

“Yes. I mean, I know, and yes. Come to for the Fourth. I’ll let you do whatever you want with my flagpole. You don’t even have to salute.”

Yeah, I know. It was pretty thin. That’s why poor Flag Day was once again overshadowed by Independence Day. But Jack and Ellie do have plenty of fun times to share in Long Distance Love– now available as part of the 8-book Unforgettable Heroes digital boxed set. Eight Amazon top-selling authors share their favorite contemporary romance heroes--all boxed up for you in one sexy and irresistible package! From a sexy carpenter to magnetic CEO, a rough-and-ready cowboy to a homeless man, a classic car buff, a starving artist, a Latin-style dancer, and an FBI agent--each unique hero has his own story to tell, and a heroine who just can't forget him. Ever.

The best part is, Unforgettable Heroes is available for only $0.99 through the end of March!

Giveaway:
Comment below and tell me your favorite holiday and why and I’ll chose one winner for a digital copy of any book from my backlist or a copy of UnforgettableHeroes!

Giveaway ends 11:59pm EST March 22nd. Please supply your email in the post. You may use spaces or full text for security. (ex. jsmith at gmail dot com) If you do not wish to supply your email, or have trouble posting, please email maureen@JustContemporaryRomance.com with a subject title of JCR GIVEAWAY to be entered in the current giveaway.