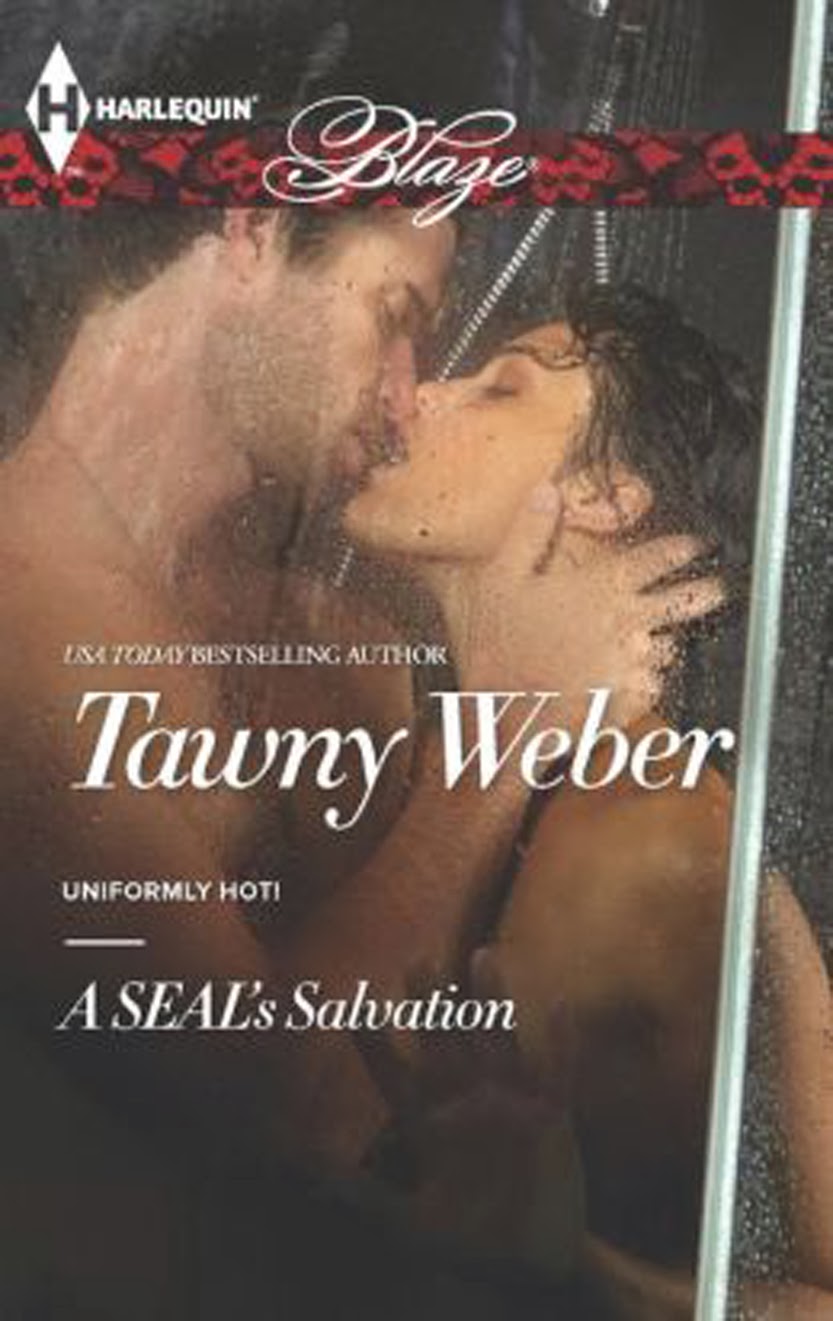 Where Navy SEAL “Bad Ass” Brody Lane goes, trouble follows. Being run out of his hometown years ago for misbehaving with Genna Reilly—the sheriff’s daughter—was one thing. Now Brody is about to step into real danger. Not the suggestive letters he’s been exchanging with Genna, but the kind of trouble that can send a soldier home injured and broken inside...

Genna’s entire life has been orchestrated by her family. The right job. The right friends. Enough! Brody’s return offers the promise of lust-filled pleasures. Of flesh teased and tasted. She’s not expecting to find a soldier with distant eyes who has secluded himself from the world. But this good girl knows exactly how to bring a bad boy back to life....

The Few. The Proud. The Sexy as Hell.

She blinked, moved closer to the window in case the porch light was casting illusions, then looked again.

Tall, sexy and gorgeous. Yep, that was Brody all right.

She scowled. What did he want?

She debated for all of three seconds before checking to see that the lock was engaged, then jaw set, took the cream cheese back to the mixer. When the knock came again, she flipped the mixer on high to drown it out.

“It’s usually better to hide in another room if you’re pretending not to be there when someone knocks.”

Genna jumped, but managed to contain her scream. She was so proud, she gave herself a couple seconds for her heart to slow again before turning off the mixer. Had he learned lock-picking in SEAL school? Or was that a leftover from his badass days? Pasting on her most distant expression, she tossed a cool expression over her shoulder.

“It’s usually better to take the hint. When someone doesn’t answer the door it means they don’t want to see you.”

“I’ve never been good with subtleties.”

No question about that. Brody and subtle didn’t even belong in the same sentence. Genna pulled her gaze back to the creamy mixture in her bowl, wishing he didn’t look so good. A quick glance told her he’d lost some of that pallor, the crisp evening air and scent of the outdoors adding to the healthy impression.

She’d been imagining him wasting away with guilt, miserable over having rejected her and pining away to nothing.

“Saw your old man tonight,” he said, letting the door slam shut behind him. “So what’s the deal? You tell your daddy I’m being mean to you?”

“Wow, not subtle or polite,” she said, pretending to measure the vanilla instead of just pouring it into the bowl to give her face time to cool off. Damn her father.

Pressing her lips together, she finally turned to  him. And immediately crossed her arms over her chest. Both to keep her hands to herself, and to hide the instant evidence of her body’s reaction.

He was so damned sexy.

His leather jacket did nothing to disguise the breadth of his shoulders, and instead of sweats he was in jeans tonight. Jeans that molded nicely to his hard thighs. Whew, it was hot in here.

Well, what? Did he want her to say it out loud? That he was gorgeous or that she went into instant meltdown just being in the same room as him.

Then she replayed the conversation and grimaced.

“I didn’t say anything to my father. He was at the meeting when the mayor asked if I’d contacted you again. I said no, my father said never, I walked out. End of story.”

Brows furrowed, Brody stared long enough to make her want to squirm. Then he nodded and looked around the room. His eyes got wider as they passed from counter to tabletop to counter.

He gave a baffled shake of his head. “Do you run your own bakery? Or are you supplying treats for the Fifth Fleet?”

Starting to get a baking complex and wondering if she should look into a twelve-step program, Genna followed his gaze and sighed.

Then, not willing to relax her guard since the minute she did all those schoolgirl dreams would come floating right back, Genna gave him an arch look.

All the way in the room now, he was peering from tray to plate, then chose a butter pecan cookie and popped it into his mouth.

“I told you,” he said around the cookie. “Your father came to see me.”

“And told you I said you were mean?”

“Actually he warned me to stay the hell away from you.”

Genna closed her eyes against the humiliation. She was twenty-seven and her father warned away guys he didn’t like. Her mother called her three times a day and sicced emergency personnel on her if she didn’t respond. Could her life be any more pathetic?

Forcing herself to meet his gaze again, she offered a stiff smile and a shrug.

“Okay. So he warned you. That shouldn’t be a big deal since according to you, you don’t want to be anywhere near me anyhow.” She waited, but his expression didn’t change. “So I’ll ask again. Why are you here?”

“I told you. Because your father told me to stay away.”

Genna was pretty certain she wouldn’t have been more shocked if he’d stripped naked and asked her to eat cookies off his body.

USA TODAY Bestselling author of over twenty hot books, Tawny Weber has been writing sassy, sexy romances since her first Harlequin Blaze hit the shelves in 2007.  A fan of Johnny Depp, cupcakes and color coordination, she spends a lot of her time shopping for cute shoes, scrapbooking and hanging out on Facebook.
Readers can check out Tawny’s books at her website, www.tawnyweber.com, or join her Red Hot Readers Club for goodies like free reads, complete first chapter excerpts, recipes, insider story info and much more.