Congratulations to "Cassie P." the winner in Robin's Giveaway. Thank you to all who participated!

I love reading about a strong heroine and I love writing about one even better.

Nope – no wallflower, Nervous Nellies for me. I want someone who’s got backbone, savvy, and stamina to make it to the finish line of whatever life throws at her.

I want the heroine that doesn’t give up. The one who might sit down and bawl her eyes out and eat six pints of rocky road ice cream but she gets out of bed the next day and goes to work and slogs through it because she feels like crap from eating her weight in dairy products.

But, she keeps going.

That’s the kind of heroine I like. The imperfect one. 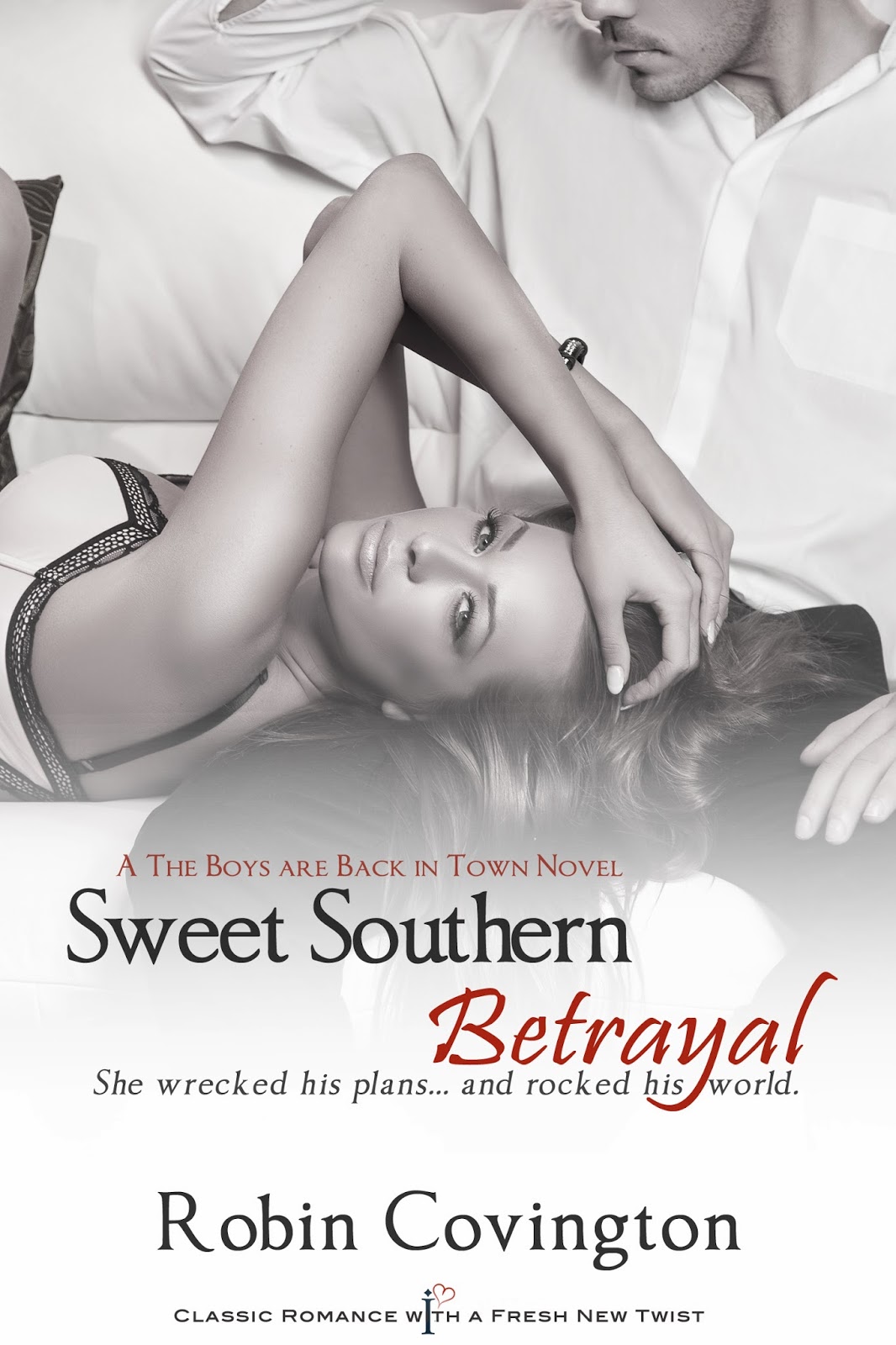 In my newest release, SWEET SOUTHERN BETRAYAL, my heroine is that kind of chick. Risa is strong in some ways and in over her head in so many other areas of her life. She screws up (big time, seriously big) but she keeps going and tries to make it right. Risa doesn’t let the situation keep her down even when it knocks her on her ass.

So, who are your favorite heroines and how are they just like you?

She would never get used to the guns.

Risa pressed her body further back into the chair outside Big Tony’s office while she waited her turn with the man who had a stranglehold on her life. Everyone who worked for Big Tony was packing. They wore it like a badge of honor just daring someone to goad them into using it. A bunch of over-sized, testosterone-juiced, man-children strutting around bringing violence and chaos with them everywhere they went.

Not for the last time, she pushed her regrets over her life to the back of her mind and dealt with the reality of living and dying in Las Vegas. She’d grown up in this town and literally lived on the streets for a period of time, and knew that if you stayed you eventually got roped into the seedy underside of the glitter and glamour of the strip. She’d avoided it for a long time, side-stepping the interest that her C-cups, long legs, and red hair got her from the local thugs, but if you worked in a place like the Gold Coast Casino long enough, you got noticed.

She still remembered the day she caught the attention of Big Tony and her life changed— for the better and for the worse. It didn’t hurt to have a man like him interested in you because it kept the other losers away, and it really didn’t hurt to know him when you needed ten grand to put your best friend in rehab because her shithead boyfriend got her hooked on meth. But the knowledge of what she’d done to a man name Teague Elliott hurt like a bitch.

“Risa, what are you here to see Big Tony about?” asked Frank Gazarra as he stared at her chest.

“Eyes up, Frank. The girls are awesome, but the last time I checked they don’t talk.” She replied, unsurprised with Frank took his time lifting his eyes to her face. “I did a little work for Big Tony and I’m here to report in.”

“I’m surprised to hear that. You always stay away from the life.”

“Big Tony loaned me some cash when I needed it. I pay my debts.”

“Women usually do that on their backs with the big guy.” Frank smirked, his eyes straying back down to her breasts. She suppressed a sigh, wishing she could hurry up and get this over with. She’d waited over a week for Big Tony to call her in to hand over the goods, changing her mind a million times and feeling worse about what she’d done with each passing minute. “Well, I’m not.”

I would think your little sex toy business would be pulling in the cash.” He waggled his eyebrows and stuck out his tongue. “Sex sells, baby.”

Gross. She tamped down the urge to vomit. Tony had better hurry or he was going to have a “clean up on aisle nine” moment out here.

Privileged and ambitious attorney Teague Elliott is on the fast-track to getting everything he wants. All he has to do is stay on the straight and narrow and a high-profile political career is his for the taking. Until he wakes up naked with a Vegas showgirl...

Risa Clay has worked hard to put her showgirl past behind her and start fresh. But she owes ten grand to the wrong people, and to pay off her debt, she agrees to betray a stranger. . .but she ends up with a husband and guilty conscience.

Savvy and determined, she double-crosses the mob, goes on the run, and turns up on Teague’s doorstep armed with a dangerous secret, a marriage license, and the power to ruin his well-planed future. She thought using Teague again would be easy, but the passion that exploded between them in Vegas didn’t stay in Sin City and betrayal is the last thing on her mind.

Now Teague has to choose between the future he’s planned for all his life, or the one with Risa that he can’t turn away from.

Giveaway:
Any sexy, sizzling e-book from my backlist!

Robin Covington loves to explore the theme of fooling around and falling in love in her bestselling books. When she’s not writing sexy, sizzling romance she’s collecting tasty man candy, indulging in a little comic book geek love, and stalking Joe Manganiello. You can find Robin at her website (robincovingtonromance.com), Facebook, Twitter and Pinterest.

Giveaway ends 11:59pm EST Jan. 12th. Please supply your email in the post. You may use spaces or full text for security. (ex. jsmith at gmail dot com) If you do not wish to supply your email, or have trouble posting, please email maureen@JustContemporaryRomance.com with a subject title of JCR GIVEAWAY to be entered in the current giveaway.