Falling in Love Over and Over Again: Romance Books

Falling in love? What a confusing, turbulent, disturbing and ecstatic state. And when it happens to us, well… even if we think we want out, it’s too late: we’re fixated. From now on our judgment will be muddled, our behavior compulsive. Our heart pounds, our knees melt, our skin is flushed (with that fleeting “love beauty”) and we’re crazed, elated, sleepless, filled with self-doubt or fear of failure. Our appetite has vanished, and we crave, quite obsessively, our love object. This “can’t-think-of-anything-else” state of mind allows us to focus obsessively on only one person: the love object. 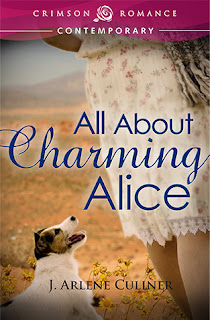 So why can’t we think clearly when we’re falling in love? Because we’ve in the clutches of an addiction. In our love state, our body releases dopamine, norepinephrine and phenylethylamine, chemicals responsible for the racing heart, the feelings of excitement and bliss. Even our serotonin levels are lowered until we’re on a par with people suffering from obsessive-compulsive disorders. Add an intense production of estrogen and testosterone to lure us into the sexual arena, mix in the bonding chemical oxytocin that’s released when we have sex (the more sex, the stronger the bonding) and you see why we’re doomed. So here we are, in a chemical state of mind where the world has become a magical place and with, too often, the most unlikely person as a love object.

By the way, did you think that the attraction was pure chance? No way. We’re attracted by people who unconsciously remind us of our parents, in their looks, personality, preferences or way of thinking, but we’re also attracted by people who remind us of ourselves. Then there are those human pheromones — individual scent prints found in sweat — that also play a role in choosing a mate. And studies have shown that when a man and woman meet in a perilous situation, they are more likely to fall in love  (think of all those romantic suspense books). Having to chase someone is also a stimulant and when there’s serious opposition to a union, passion is intensified. Men and women with ambition, wealth, respect, status, certainly attract much love. So do tall people, people with distinctive cheekbones and strong jawbones. In other words, people who are very much like the heroes and heroines we find in romance novels.

Here’s where things get interesting for romance book lovers. Most of us fall in love four to nine times a lifetime, but some people — “love addicts” — need the thrill of falling in love over and over again. And have you noticed how many readers and writers say they’re “addicted” to romance books? How many times an author has claimed to have “fallen in love” with her hero or heroine? That’s right. They actually have. In other words, when we’re reading or writing romance, we’re truly (albeit temporarily) falling into the ecstatic love state, one triggered by our imagination, by our the images in our head and by the wonderful hero or heroine depicted on the book’s pages.

And the next obvious point? Heroes and heroines in romances are lovely. They’re slender or remarkably well-muscled; they have remarkable hair, astonishing eyes, an individual and attractive way of moving. Not only that, but they possess some special talent — the ability to make piles of money, or be a good fighter, or lead a brilliant project in scientific research, or can bake better than anyone else — that sets them apart from most mortals. In reading about these heroes and heroines, we picture them, we identify with them, we become them. Suddenly we too are beautiful, charming and endowed with that “something special” that will keep our vicarious love story going.

So. Romance reading has all the thrills of love without the anguish of bad hair, excess pounds, big feet or lousy conversation. And, even better, since romance books always end happily, we know this (fictional) love story of ours will be an absolutely perfect one.

And just in case you’re feeling needy now and want an instant “love hit”, here’s an excerpt from my Contemporary Romance, All About Charming Alice.

He was back. Alice had known he would be. She pulled open the groaning front door.
There he was, looking as wonderful as she remembered, just sitting on the rattan settee as if that was where he belonged. His long muscular legs were stretched out in front of him. A lock of reddish brown hair curled over his forehead almost inviting her fingers to touch. Steady green eyes watched her with amusement.

He didn’t seem to mind the coolness one bit.

“It’s about the room,” he drawled. His lips twitched as he fought down a grin and his eyes flickered in the direction of the card pinned to the woodwork. “‘ROOM TO LET’, that says.”

Suddenly he rose to his feet and, in that languid way of his, crossed to the doorway where she stood. Stretching out one arm, he rested his hand on the doorframe, just a hair’s breadth above her head. He was close, so close. His body was supple, strong and—yes, she had to admit it—warm and fragrant. The heat of him reached her over the few inches separating them and she ached to curve into it. Aura? This man was a flesh-and-blood heat wave.

She lowered her eyes, refusing to meet his gaze, although she knew he was, once again, examining her minutely.

“Not mister. Jace is my name. Jace Constant. Easy to remember, as far as names go. And I’m here to take the room.”

That wasn’t it, she knew. That wasn’t even part of the truth. He was back because something hot and wonderful shimmered between them. Did she fascinate him as much as he did her? Possibly.

But there was also something about him that touched her, something that had nothing to do with raw desire. The warmth in his eyes? A quirk to his lips that promised humor and understanding? Or was it just plain magic—the magic that happens when the right female meets the right male.

Bio
J. Arlene Culiner, author of All About Charming Alice, (Crimson Romance) was born in New York, raised in Toronto, and has spent most of her life in England, Germany, Holland, Turkey, France, Greece, Hungary and the Sahara. She now resides in a 300-year-old former inn in a French village of no real interest. Much to everyone’s dismay, she protects all living creatures—especially spiders—and her wild (or wildlife) garden is a classified butterfly and bird reserve.
Romance web site: www.j-arleneculiner.com
Other site www.jill-culiner.com