Did you know August is Read a Romance month?

Congratulations to "Jaye", the winner of Abigail's giveaway. Thank you to all who participated.

Did you know August is Read a Romance month?  A little birdie told me I need to read Alyssa Day’s interview tomorrow.  Hmmmm…

Anyway, about four weeks ago, in the horror of all horrors, our TV went out.  Just popped and fizzled and went black.  I was petrified.  No Drop Dead Diva?  No Rizzoli and Isles?  No *gulp* Joe Manganiello?

Enter Netflix and the iPad.  And Instant Queue.  And Streaming. 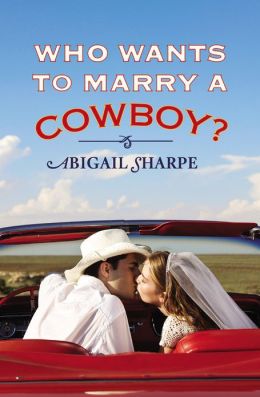 There was a show on in 2006 called My Boys about PJ, a female sportswriter, and her male friends.  Though she had a few female friends scattered throughout the episodes and one steadfast best friend, the majority of her time was spent hanging out with the guys.  The show answered Harry Burns’s question of whether men or women can be friends.  Yes to that one, though PJ does kiss a couple of them during the seasons.  (Or maybe more.  I’m not going to spoil it for you.)

Though PJ was the heroine of the show, my focus here is on two supporting characters:  PJ’s poker buddy Kenny and her best friend Stephanie.

At the beginning of the series, all the boys knew Stephanie, but she’s not one of the guys.  They were nice and polite and enjoyed her company when she hung out with them.  Then things changed.

Because right?  That’s what happens.  You get that love-hate relationship that fills you with fire and passion and gets your dander up, and the next thing you know, you’re making out at your friend’s wedding.  And then you don’t tell anyone because you’re embarrassed, but you get past it and get together again with the fire and the passion but with the love instead of the hate.  How many of us have read or written novels where the hero and heroine just don’t like each other at the beginning?  And you completely root for them on their path to falling in love?
(Funny, now that I’m writing this, that my last guest spot here had a mean hero and I hated him.

The difference between that jerk and Kenny, though, was the characters’ general nature.  Even when Kenny was being insulting, it wasn’t abusive or belittling.  I think if Stephanie had showed pain instead of returning the insults, Kenny would have stopped.)

I’m two episodes away from the end of the series and Kenny and Stephanie are still going strong.  If you know how it ends, don’t spoil it for me.  I want it fresh and new.

Oh, the TV got fixed about a week ago.  (Well, sort of.  We bought a new one.)  But now that I’ve discovered NetFlix instant queue… what show with an underlying romance should I watch next?

Giveaway:
I will be giving away a Grand Central Publishing CD that includes five full-length novels (including Who Wants to Marry A Cowboy?)

Giveaway ends 11:59pm EST Aug 18th. Please supply your email in the post. You may use spaces or full text for security. (ex. jsmith at gmail dot com) If you do not wish to supply your email, or have trouble posting, please email maureen@JustContemporaryRomance.com with a subject title of JCR GIVEAWAY to be entered in the current giveaway. US postal addresses only.
Posted by Maureen A. Miller at 12:30 AM