Congratulations to Emily B., the winner in Lizbeth's giveaway. Thank you to all who participated!

It’s an honor to be blogging for the first time on Just Contemporary Romance. I’ve been watching the posts here since launch day in June and I’m humbled to be part of this group. Every post has been smart and fun and thought provoking. Then here I come and I mostly feel like the mother ship found me and all I have to contribute is “Wheeeeee!” which isn’t particularly erudite or thought provoking. 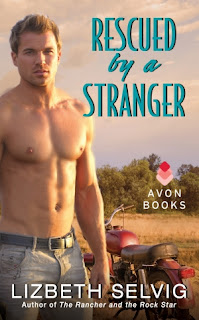 You see, I am unashamedly a contemporary romance girl. I think it, I read it, I write it. I’m more Princess Diaries  than Princess Bride (although that’s maybe not the best example because, really, who doesn’t adore The Princess Bride?) I’m not even all that into antiques. So when I found a group of women who were all kind of that way, too, I was in heaven and kind of goofy about it.

Don’t get me wrong. Kilts are dead sexy. I love Eloisa James and Grace Burrowes and Tessa Dare. But I can’t discuss those books or their heroes with any great intelligence. I grew up in romance with LaVyrle Spencer, Danielle Steele, and Jude Devereaux.  I swooned when Connie Brockway and Lisa Kleypas tried their hands at contemporary novels—and totally succeeded! My current favorite authors are Kristan Higgans, Robyn Carr, and Jill Shalvis.  I am into the here and now.

I love trying to figure out how to create a hero worthy of today’s savvy and independent woman. How can I make an alpha not a jerk? How can I make a nerdy scientist or a soft-hearted beta strong and heroic? How do today’s couples deal with the issues of today—in business, in farming, in raising children, in blending families, in dealing with difficult pasts.

I even revel in the birth of a new British Royal through modern eyes. It’s not nearly as much fun for me to re-imagine the monarchs of the past as it is to imagine what growing up and falling in love will be like for William and Kate’s son. Will and Kate’s story itself is proof that modern-day fairy tales do exist. And still, what’s it really like for them? What’s a modern heir-to-the-throne like as a lover, a husband, a father? The idea of turning that into a novel makes my romantic side all jittery—and goofy. 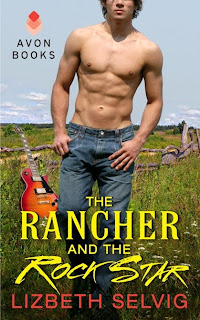 In my first book, The Rancher and the Rock Star, I love the moment Abby (my super-independent single mom) and Gray (my worldly, wealthy rocker) get it together and figure out they can actually save one another. Here’s an excerpt (without spoilers) from near the end of the book:

“I can’t guarantee nothing bad will ever happen,” Gray said.” But I can help you stop living in fear. Dawson isn’t Will, but he fills a hole your son left, and you love him. I’m not Jack but I can love you like an obsessed man. C’mon Abby get into my rowboat.”
A small smile, nervous but genuine, slipped onto her lips. “Maybe I’m just afraid of how big the rowboat is.”
“It’s true. I can afford a big rowboat. But that could be fun. We could sell this place and buy you the farm of your dreams.”
She stiffened in his arms, as he’d expected. “Oh, Gray, that’s just it. I’m not ready for that.” The clouds in her eyes darkened with her endearing, stubborn pride. He held her tighter. She was new at this, but he was ready this time. With a flourish in his voice he played his ace.
“I said we could, I didn’t say we should. We can live here and fix the things you want to fix. Besides, you’re a woman of means yourself now. You could buy your own boat. Elliott told me about the dealer who wants to see your photos. And there is the picture you took that I sent to the record label’s art department. They like it.”
“You what?” She shook her head in wonder. “Oh, Gray, I don’t know how I feel about either of those things. Nothing is guaranteed even if I don’t stop you from helping me.”
“The point is something will come of it if you choose to work at it. You know that’s true, because you know you’re good enough. And if you don’t know it, I’ll spend the rest of my life convincing you. Maybe you think this boat of mine is too close to being an ocean liner, but what if God isn’t rescuing you, Abby? What if He’s finally giving this drifting ocean liner a lifeboat?”
“I don’t believe that for a second.” But her eyes looked as if she could.
“Just believe it for a nanosecond, and we’ll build from there.”

Nothing like the moment I believe my modern hero and heroine really will be together forever.

I just returned from the Romance Writers of America convention where authors from every genre met to compare notes on living the life of a writer. One of the most fun things I did was join a new online chapter of contemporary romance writers. At their launch party, we heard a panel of wonderful contemporary experts tell us that the most marvelous thing about contemporary romance today is that the restrictions are off and so are most of the rules. Editors and agents are willing to look at almost any kind of storyline, any kind of characters, any kind of heat level. When have we EVER had so much freedom and so much choice?

Goodness, in Rancher, I got to write about a rock star (which they used to say you could never do). And the idea came from a very contemporary musing by my daughter: “Wouldn’t it stink if you got to meet your favorite singer, the one you had a huge crush on,and he fell in love with your mom?”

Oh yeah, bummer. It totally stinks. Unless—you were that mom!

So, tell me, what makes you love to read (or write) these contemporary tales? Not that we don’t indulge happily in wonderful paranormals, historicals, futuristics, or women’s fiction, but why do we like contemps the best? Inquiring minds want to know – and when you think about it, that’s not a phrase that would be understood by the ton!

Giveaway:
One lucky commenter can receive either a paperback or e-copy of  "The Rancher and the Rock Star" and a first chapter excerpt of "Rescued By a Stranger."

Lizbeth Selvig writes fun, heartwarming contemporary romantic fiction for Avon books. Her debut novel, The Rancher and the Rock Star, was released in 2012. Her second, Rescued By A Stranger, is due out in October 2013. Liz lives in Minnesota with her best friend (aka her husband) and a hyperactive border collie.  After working as a newspaper journalist and magazine editor, and raising an equine veterinarian daughter and a talented musician son, she entered Romance Writers of America’s Golden Heart® contest in 2010 with Rancher (then titled Songbird) and won the Single Title Contemporary category. In her spare time, she loves to hike, quilt, read, horseback ride, and play with her four-legged grandchildren, of which there are nearly twenty, including a wallaby, an alpaca, a donkey, a pig, two sugar gliders, and many dogs, cats and horses.

Giveaway ends 11:59pm EST July 29th. Please supply your email in the post. You may use spaces or full text for security. (ex. jsmith at gmail dot com) If you do not wish to supply your email, or have trouble posting, please email maureen@JustContemporaryRomance.com with a subject title of JCR GIVEAWAY to be entered in the current giveaway. The print book prize is eligible for US residents. Outside that area the prize will be digital.